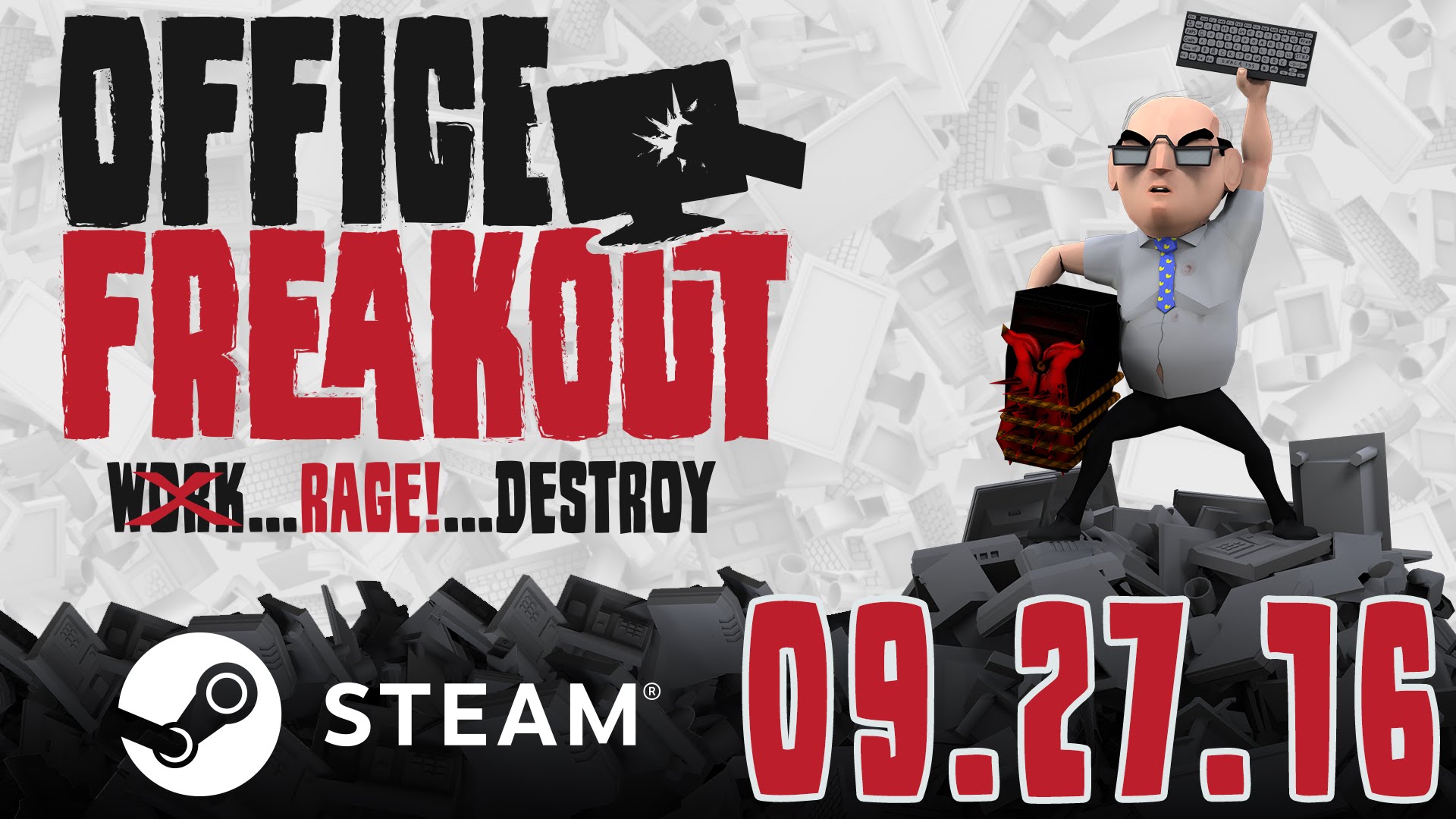 In Office Freakout, you get to release all of your anger on a nondescript office — laying waste to anything in your path (including robot security guards) to build your “rage meter.” In rage mode, you will have access to a variety of weapons to amp up your destructive capability. Take the traditional method of smashing things with a baseball bat — or for a more artistic approach, use the mythical Golden Poo!

Pick up, punch, and destroy everything in sight. The more you rage, the more you’ll increase your rank and unlock more tools of destruction. In need of a more effective flinging device? The Grabbity Gun gets the job done with ruthless precision. Surrounded by guards and need a quick boost of power? Drink a soda to trigger special perks! When 90% of the environment is destructible, the possibilities are endless.

Fight your way through more than two dozen cubicles, offices, server rooms… causing obscene amounts of damage as you chart a path toward the boss’ office. Make sure you’re efficient, though: You only have a limited amount of time in each room. Just because you’ve been fired doesn’t mean you’re not on the clock …

KEY FEATURES
*   Annihilate up to 90% of the environment.
*   Fill your Rage bar based on the trail of destruction you leave behind.
*   Unlock valuable pieces of Golden Poo in every level.
*   Destroy everything in sight with a universal pickup/melee system.
*   Build up your points using a dynamic points calculator based on object mass and velocity.

PRICING & AVAILABILITY
On September 27th, Office Freakout will be released on Steam (Windows PC) for $9.59 — 20% off the game’s retail price. The sale will end a week after launch (October 4th).