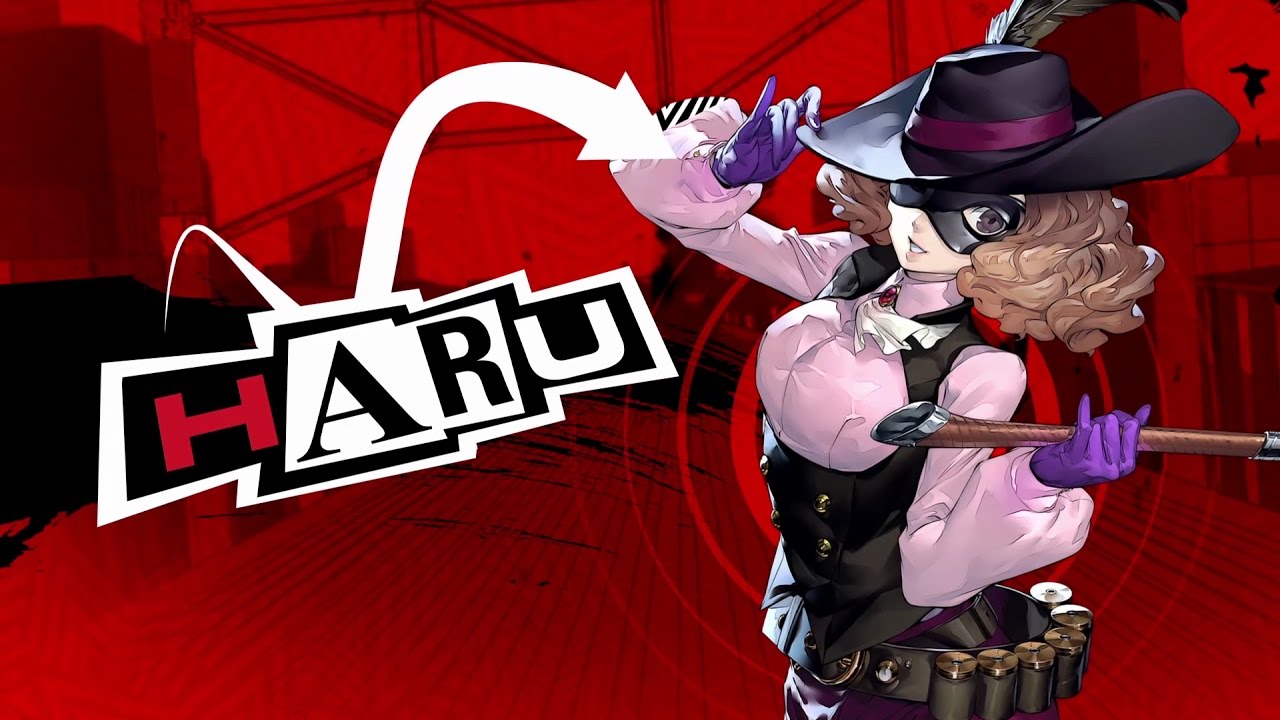 You wouldn’t think that the obedient daughter of an affluent business man would be rebellious, but Haru Okumura is a passionate member of the team. Although she grew up with all the elegance and splendour that money could buy, it came at the cost of her freedom. A gilded cage is still a cage, and she grew up always being told what to do, how to think, and was raised to simply be an obedient girl. However, getting mixed up with the Phantom Thieves will help her learn how to break out and fly free. Codenamed Noir, Haru is a kind-hearted person who truly wants to change the world for the better and ensure that justice always prevails.

Watch/download her liberating trailer below!

Persona 5 is a game about the internal and external conflicts of a group of troubled youth who live dual lives. They have the typically ordinary day-to-day of a Tokyo high-schooler – attending class, after school activities and part-time jobs. But they also undertake fantastical adventures by using otherworldly powers to enter the hearts of people. Their power comes from the Persona, the Jungian concept of the “self;” the game’s heroes realize that society forces people to wear masks to protect their inner vulnerabilities, and by literally ripping off their protective mask and confronting their inner selves do the heroes awaken their inner power, and use it to strive to help those in need. Ultimately, the group of Phantom Thieves seeks to change their day-to-day world to match their perception and see through the masks modern-day society wears.

Persona 5 will release on April 4th, 2017 in the Americas and Europe, for PlayStation 4 and PlayStation 3. Pre-orders are now available at participating retailers for either version of the game.