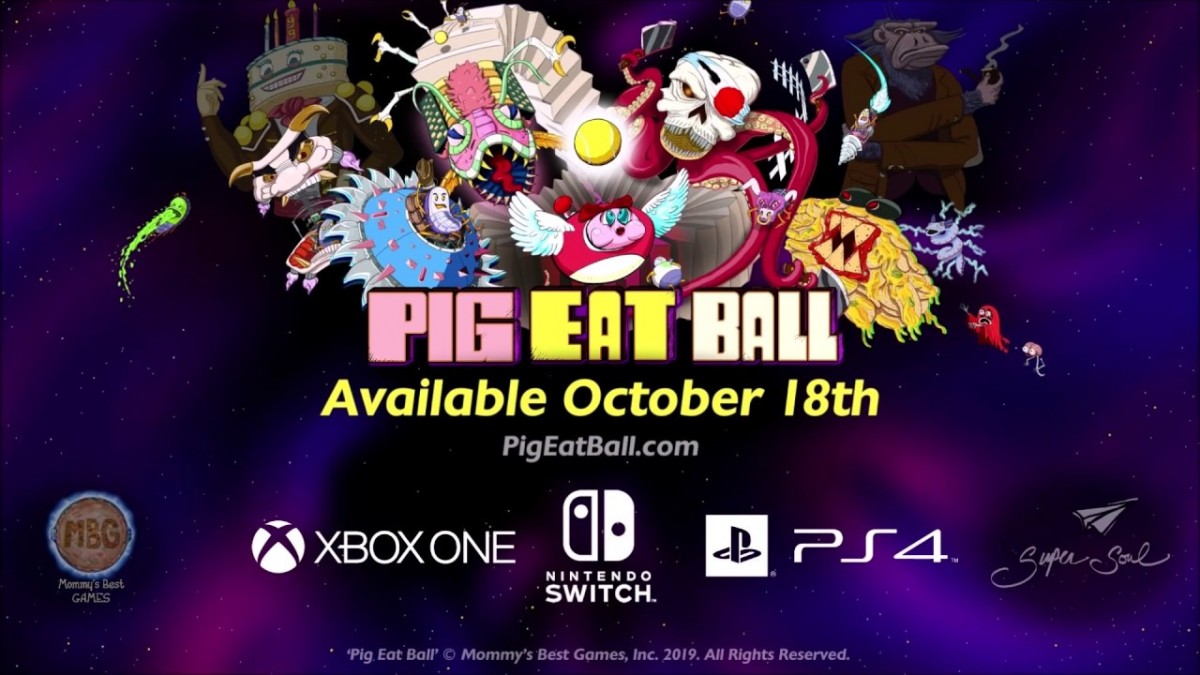 Independent studio Mommy’s Best Games announced the simultaneous release of multi-awarded Pig Eat Ball on Nintendo Switch, PlayStation 4 and Xbox One in October 18, 2019.
Pig Eat Ball is an insane 2D action puzzle adventure about eating, getting fat, and barfing on things. The game features 200+ handmade stages, tremendous boss battles, and neo-arcade gameplay.
Pig Eat Ball is currently available for pre-order on the Nintendo eShop, and it will soon be available for pre-order on the Microsoft Store as well. The game was originally launched on Steam (PC, Mac and Linux) in September 2018 to great reviews.
Features