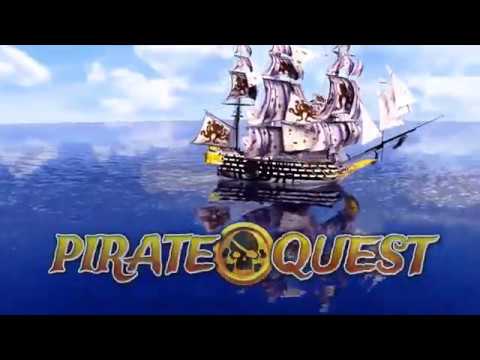 All 4 Games and Subunderground announce today the launch of their new gaming app Pirate Quest, which is available to download now in Apple, Google Play and Amazon app stores.

Pirate Quest is a blockbuster quality arcade game challenging players to battle their way to pirate supremacy. Players must defeat the seven great pirate clans by shooting enemies, looting treasure and sacrificing crew to defend their ships. To go down in history, players must conquer the quests across the Caribbean islands and customise their ship to be the most menacing vessel to set sail.

•150 quests to undertake on the way to the top
•Over 50 Caribbean islands to explore
•Conquer the seven great pirate clans
•Raid towns, loot treasure and sink rivals
•Hundreds of ship customisation options

So All 4 Games and Subunderground have set the challenge to find the toughest and most fearless outlaws on the high seas, but are players pirate enough for the Pirate Quest?