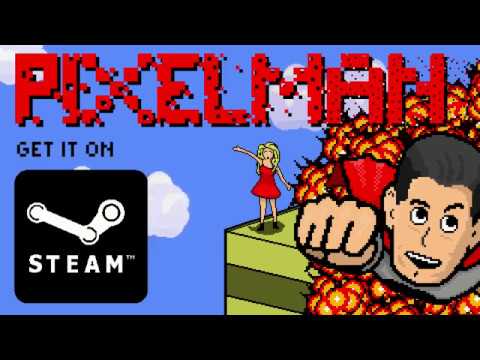 After over 7 years of hard work, PIXELMAN has finally moved out of Steam Early Access!

Most people will probably think that PIXELMAN looks too simple to have taken that long to make. Well, that’s why we wrote a featured Gamasutra post titled “Why a “Flappy Bird Clone” Took More Than 7 Years to Make” detailing the whole ordeal.

About PIXELMAN
PIXELMAN is a retro styled, action-filled, high-score chaser, where you control the title character in his mission to rescue the citizens of Pixville from the evil Baron Von Pixel and his contraptions.

PIXELMAN’s gameplay harkens back to a time where every token counted, as was the case with games such as Donkey Kong, Galaga and others from the golden era of arcades. You have simple controls and goals, and the difference between being a regular Joe or the king of the arcade is your ability to completely master them.