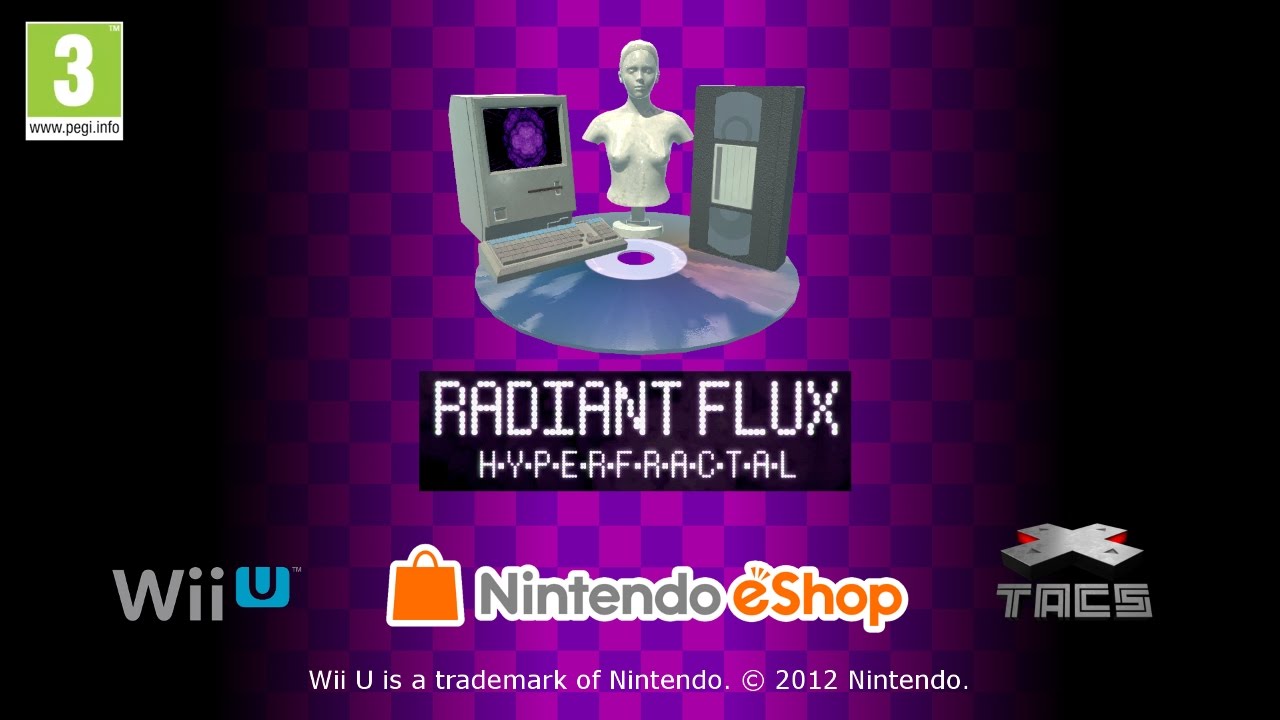 “Data-fractal hyper structures are the new storage medium favoured by big companies. You are a neo-hacker, a new breed of bedroom fract-breaker, and these data-structures are your playground. After receiving an unusual email instructing you to hack your own homepage you discover a hidden world that will take you through the hack-zone and deep into the dark-web to yield untold riches in lost and forbidden softwares. So power up your aesthetically pleasing hackOS of choice and download the latest forbidden tools. It’s time to penetrate some software firewalls and hack some HYPERFRACTALS.”

RF:HF was born from research I was doing into raymarching fractal structures on the Wii U’s GPU. I found that very complex fractals could be rendered in real time at decent speeds. Using spacial folding techniques the basic fractal structures could be morphed into a number of interesting symmetrical animated forms. Further optimisations of the technique allowed for a game to run at the same time as the complex fractal rendering on the Wii U hardware. The rotational nature of the fractals implied a cylindrical space and so a wrap-around playfield was designed. The infinite grid-like backgrounds, setting sun and complex fractals rendered in purple and pink are inspired by 90s computer generated graphics. So, naturally, the user interface had to reflect this too. I designed a fake 90s inspired operating system and a suite of applications which can be unlocked as rewards as the player progresses in the main game. Each represents an application I remember being obsessed with at some point in my youth.