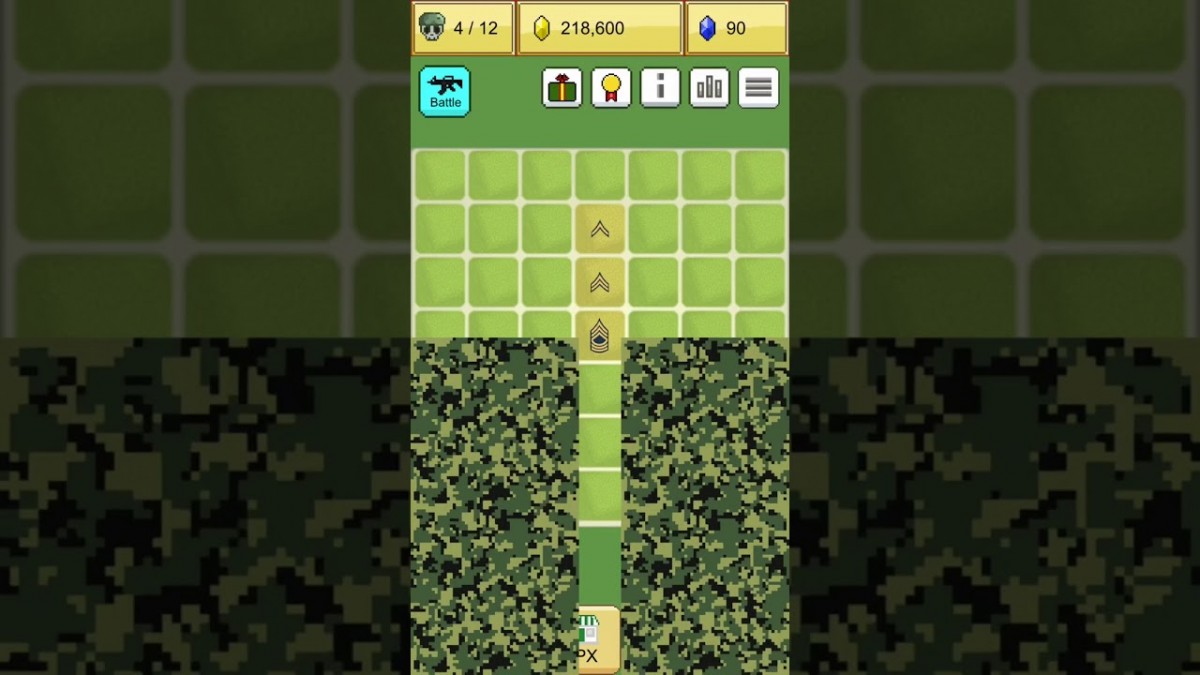 ‘Lucky Chan Games’ which is an one person independent game developer launched ‘Rank Insignia’ for iOS and Android.

It has a unique concept of collecting military rank insignia.
It has a simple rule that you can get a higher rank if you combine two of the same rank, The cycle of this game is very addictive.

Winning gold through battle and strengthening rank.
That’s it.

But this simple flow makes the player fall into the game.

How about making a general rank in this game?