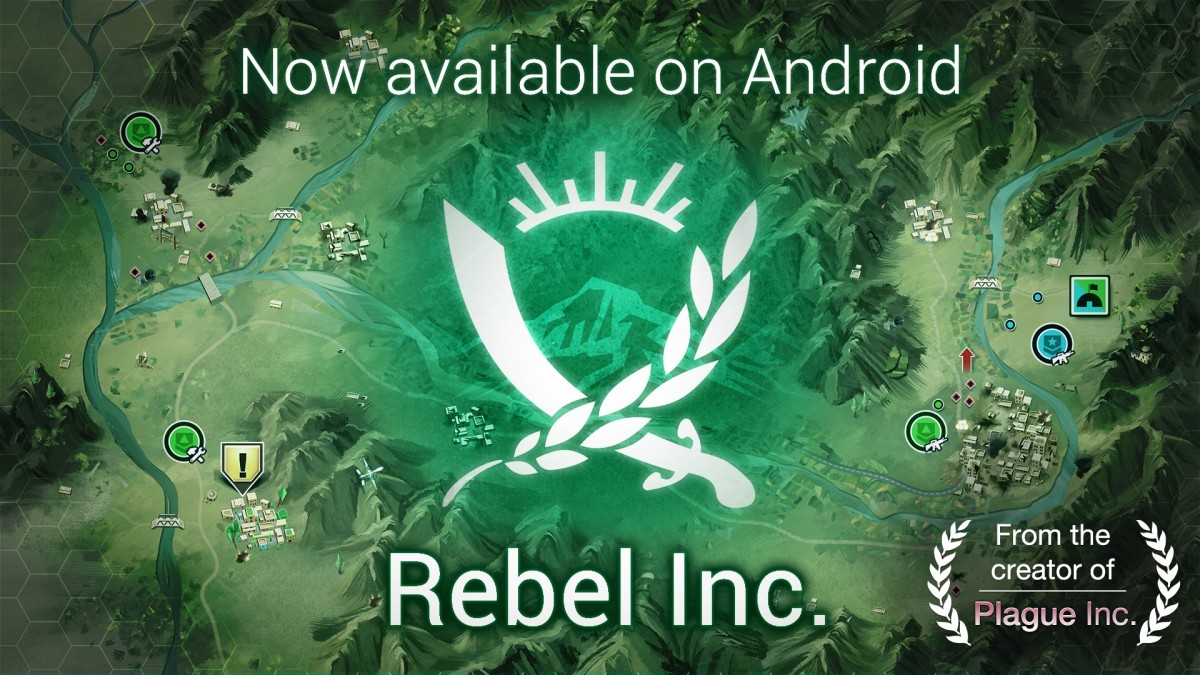 Ndemic Creations is proud to announce that its new game, REBEL INC., a unique and deeply engaging political/military simulation for mobile devices, is out now on Android via the Google Play Store.

In REBEL INC., the war is ‘over’ – but we all know that doesn’t mean anything. To stabilize the country, you need to balance military and civilian priorities to win the hearts and minds of the people, whilst also stopping insurgents from seizing power!

REBEL INC. is now available for both Android and iOS via the below links:
Google Play: https://play.google.com/store/apps/details?id=com.ndemiccreations.rebelinc
Apple App Store: https://itunes.apple.com/app/rebel-inc/id1439187947

An important note:
Although a fictional game, REBEL INC. looks at important real world issues and we’ve made every effort to deal with them sensitively. The game has been extensively researched and developed in cooperation with leading regional politicians, business people, and journalists, as well as international charities, experts and governments.