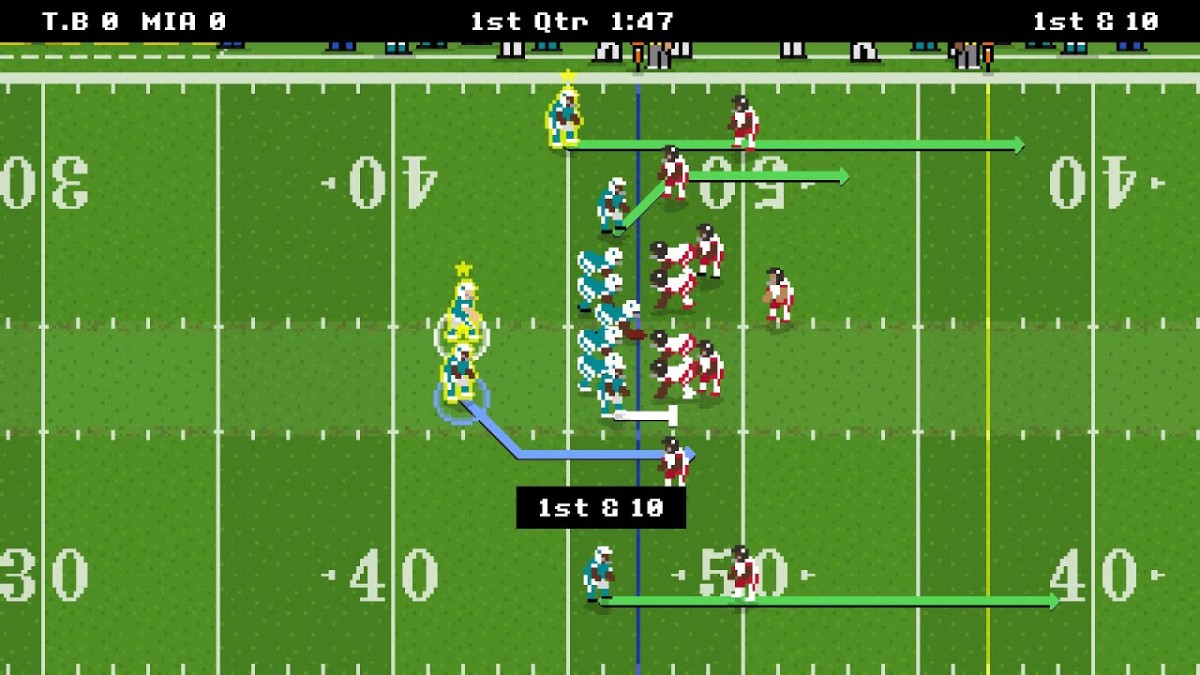 Developers New Star Games announced that Retro Bowl, the latest game from the BAFTA award-winning studio, takes the ball and runs onto iOS and Android devices.

Retro Bowl is a departure for the sports game developer, best known for the massively successful New Star Soccer brand which has been downloaded over 30 million times, as they tackle a North American cornerstone for the first time. Retro Bowl is the perfect game for the armchair quarterback to finally prove a point. Presented in a glorious retro style, the game has simple roster management, including press duties and the handling of fragile egos, while on the field you get to call the shots. Can you pass the grade and take your team all the way to the ultimate prize? Can you win the Retro Bowl?

Simon Read, creator and owner of New Star Games, really doesn’t want to drop the ball on this one. “I’ve always wanted to create an American Football game and Retro Bowl is that dream realized. Revisiting the glorious Tecmo games of the 80s and 90s was all the inspiration I needed and I am so pleased with how Retro Bowl has come together, just in time for Super Bowl LIV.”