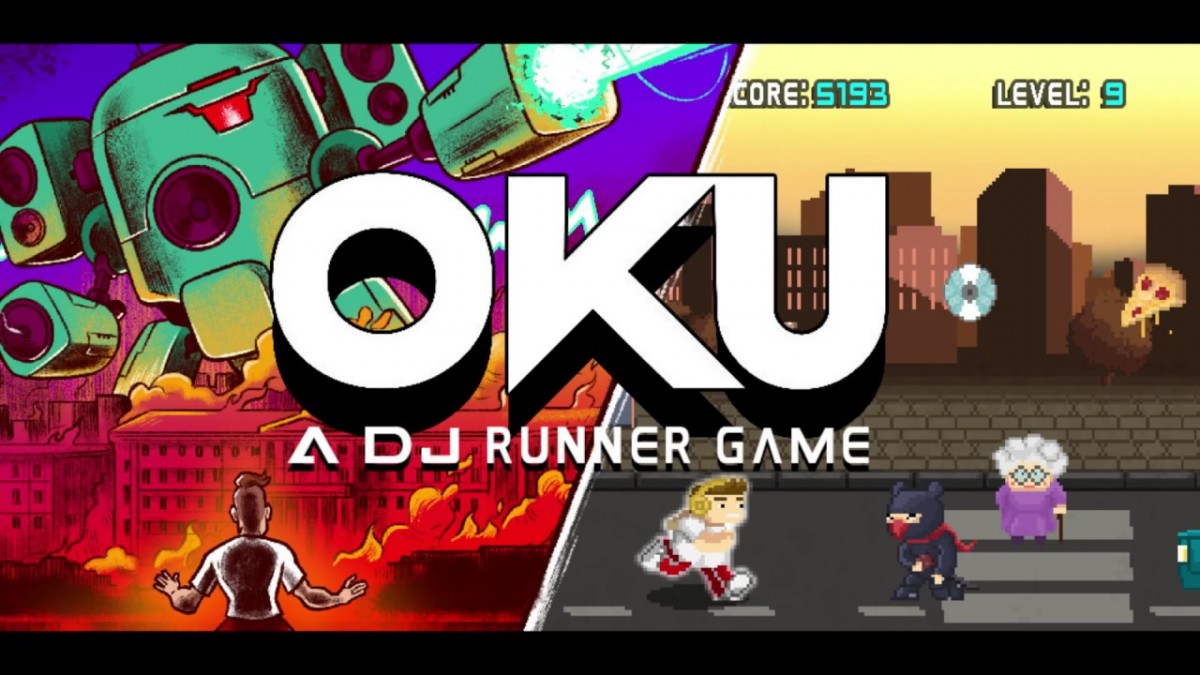 Oku Game – DJ Runner is a retro-style casual mobile game that is all about running and Eurodance music. The player must help Oku get to his DJ gig on time. In this side-scrolling 90s adventure the players must run the city streets and dodge all sorts of pop culture baddies – and grumpy grannies. Collecting CDs while running and beating the boss fight will help in getting to the top of the high score list. Fun minigames will give the player extra points and they also open the game story piece by piece. Along the way the player gets help and superpowers from some of Oku’s real-world friends from the Eurodance scene.

Eurodance as a music genre is making a comeback all over Europe. Especially live music scene has embraced the 90s for some time now and younger generations have found the old stars again. Oku Luukkainen is one of the most popular radio DJs in Finland and a famous Eurodance aficionado. His weekly radio show is all about the Eurodance scene. He has also done guest appearances in many Eurodance songs. Some of the artists featured in Oku’s weekly radio show are the same 90s artists making cameo appearances in Oku’s new mobile game.

The game was created by one of the Finnish game industry’s most recognizable characters and a leading accessibility advocate, Felicia Prehn. She worked with her team at Nopia and Oku Luukkainen to develop a story and game style that would appeal to everyone, even if they’re never heard of the title hero before.

Felicia Prehn, herself legally blind, has been vocal about accessibility issues in game design and development. She has had many inspiring lectures in international game industry conferences about the subject. Felicia’s expertise in accessibility design shows in the game. Color blind players have been especially taken into account in the design of Oku Game – DJ Runner.

Oku Game – DJ Runner is available on the App Store and Google Play.