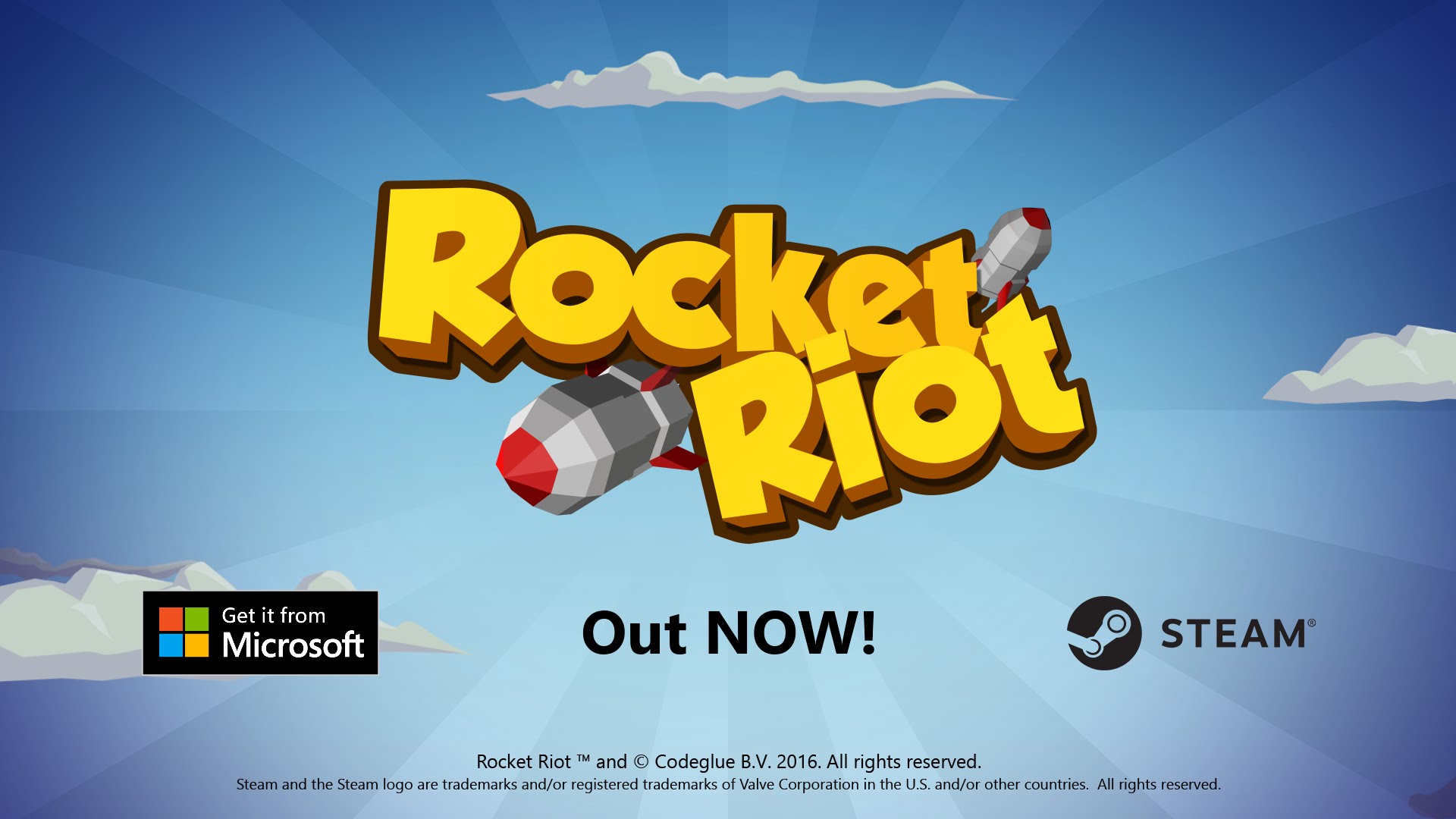 After a great partnership with Microsoft, Codeglue received a surprising email one day proclaiming the independence of Rocket Riot. The studio was free to publish the game themselves!

Once the studio found the time to further develop the game, they made sure the game was compatible for Windows 10 devices (phone and PC), this in addition to the earlier releases on Xbox 360, iPad, iPhone and Windows 8 devices.

Also, Codeglue made sure to make Rocket Riot available on the Steam store as this game is definitely a fit for all chaotic-indie-shooter players that are just dying for a healthy rocket-propelled explosive banana snack.

Rocket Riot is an action-packed, side-scrolling shooter with over 200 single player missions in an amazing-looking pixel art world. You can blast your way through the 8-bit styled environment or hide behind it, battling a plethora of peculiar enemies you haven’t encountered before in your life.

During the launch week of Rocket Riot a bundle will be on sale with a 10% discount; giving you the full game and the Rocket Riot OST.

About Rocket Riot
Fire up Rocket Riot and blast away! Rocket Riot is an action-packed, side-scrolling shooter with over 200 levels in an amazing-looking pixel art world.

Rocket Riot packs hundreds of zany characters, scrappy mini-bosses and hard-boiled bosses. Blast your way through the numerous levels or hide behind it, battling the strangest enemies you will ever encounter.

Uncover wacky power-ups, navigate through completely destructible environments, or burrow into different areas of the map for surprise attacks. Destroyed objects can regenerate, keeping the action fast-paced, though the battlefield will show scars of the mayhem…

Rocket Riot key features include:
Engage in over 200 single player missions; explore the amazing-looking pixel art worlds.
Unlock over 300 characters; zombies vs. robots! Pirates vs. ninjas, rocket-propelled bananas, moose, cowboys, and many more… Whatever you fancy, we got it!
Outsmart tons of bosses and mini bosses; it takes all your skills to win.
20 insane power-ups; handy, nasty … and above all explosive power ups!
Regenerating maps; destroy it all and refurbish arenas.