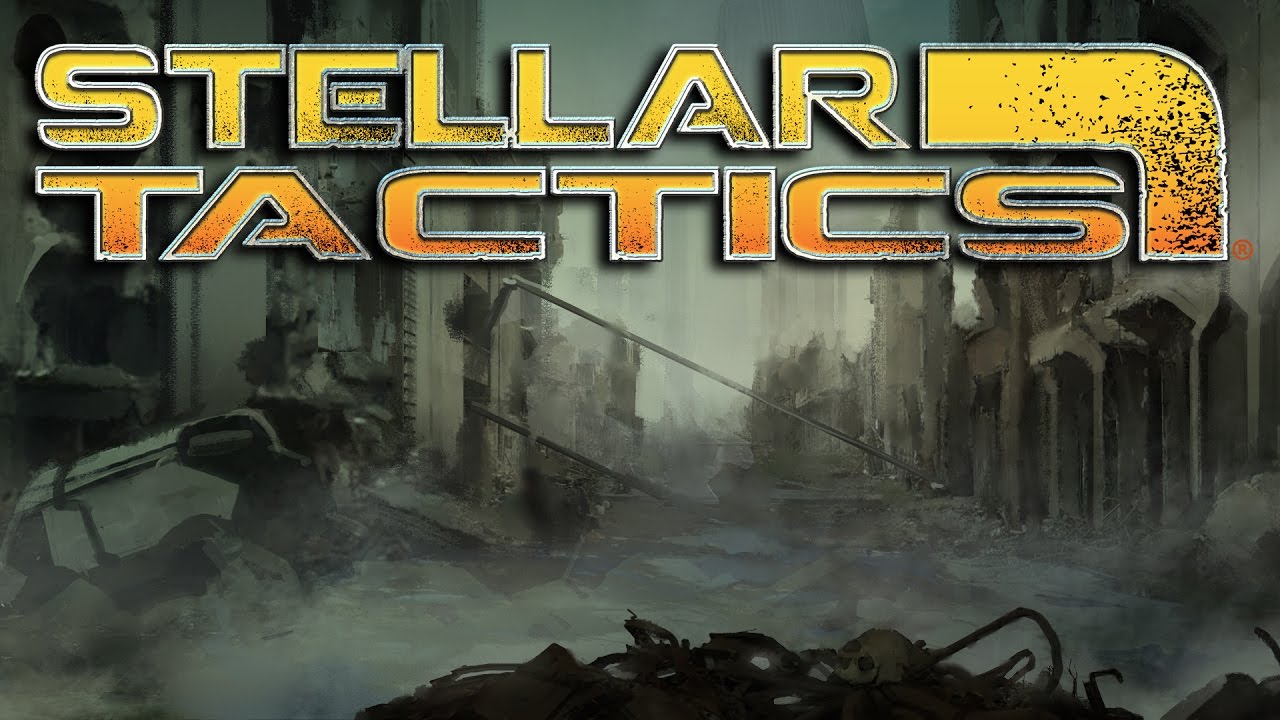 Recently announced Stellar Tactics by industry veteran Don Wilkins only took 11 days to reach its first milestone by getting Greenlit via STEAM™ with the generous help and support of the community at large. Next stop for the massively popular Sci-Fi RPG is crowdfunding via KickStarter™ slated for kickoff this coming Monday, April 25. Stellar Tactics is an ambitious tribute to classic RPGs and challenges you to control an elite team of soldiers to explore a vast and dangerous sandbox universe and to boldly venture into the far reaches of space.

Stellar Tactics offers out-of-this-world gameplay and it shows the game has been in development for the past six years. It looks sleek, polished and impressive, even at its current state of Alpha. A masterful tribute to the RPG genre, the game promises to impress with its immersive narrative, deep strategic turn-based combat and rewarding open world space exploration. Your objective is to control an elite team of soldiers genetically modified and bred for warfare, where your deeds will change the destiny of those you protect, and your actions will reflect in the events that unfold as you reach your destination and you are unleashed into the void.

Stellar Tactics includes finely crafted lore specifically designed to mesh with an open-ended sandbox RPG. Destined to entertain for years to come with episodic content spanning thousands of star systems with story and immersion, the game currently features 200,000+ solar systems and millions of planets to discover.

About the Game
Stellar Tactics combines a classic narrative driven, Party-Based RPG with turn based ground combat, space exploration and a deep character and ship customization system. You will build a team of elite mercenaries and explore a vast universe of over 200,000 systems.

Gather your team and embrace your destiny as you explore the far reaches of deep space.

Faced with inevitable destruction at the hands of a mutagenic virus and a irreversible cosmic event, the remnants of the human race embark on a sub-light journey across the vast expanse of space.

Many thousands of years later, they arrive at their destinations hoping to colonize distant worlds. The journey, however, has unexpected consequences, changing the sleeping passengers on each ship in untold ways, giving them frightening powers and amazing gifts.

You are an elite warrior genetically modified, bred for warfare. Your team will wake to investigate an occurrence on one of the ships that carry the remnants of your people, suspended in a deep sleep for the long sub-light journey. Your deeds, will change the destiny of those you protect. Choose wisely, as your actions will be reflected in the events that unfold when you reach your destination and you are unleashed into the void.

A fusion of Sci-Fi and Fantasy, Stellar Tactics tells the story of a parallel warring species of human beings, genetic mutation, ancient alien civilizations, unprecedented power and hope. A compelling narrative of finely crafted lore specifically designed to mesh with an open ended RPG sandbox universe. A sandbox universe designed to entertain for many years to come with episodic content releases that will fill thousands of star systems with story and content.

•Prospect and mine asteroid fields and planetary resource nodes

•Gather scanning data that can be sold for profit

•Augment your weapons and defenses with modifications, devices and nano-technology

Trade
•Choose your ship – fast and light for smuggling or massive and slow for large loads of cargo – pilot 40 ships, each with a unique upgradeable configuration

•Establish the most profitable trade routes between systems

•Customize your team with upgrades and modifications

•Personal shields, devices and med-packs will keep you alive when used strategically

Stellar Tactics combines a classic narrative driven, Party-Based RPG with turn based ground combat, space exploration and a deep character and ship customization system. You will build a team of elite mercenaries and explore a vast universe of over 200,000 systems.

The game is designed to accept episodic content that will fill the canvas of its massive universe for years to come. With millions of planets, numerous factions and a nearly infinite playability, Stellar Tactics was designed from the ground up to become a rich and diverse Sci-Fi RPG sandbox.

As a Classic RPG, you can expect rich character interaction, dialog tree’s and statistic based dialog options for Charisma, Intelligence, Strength and Perception. The options can change the course of interaction in numerous ways. Besides main storyline missions, a dynamic mission AI generates missions based on your current location in the universe and faction alignment. There is always something to do in Stellar Tactics.

Mining for resources both in asteroid belts and on planets generates wealth to help you upgrade your ships, 40 different types in all that can be purchased, attained through special missions or taken by disabling and boarding your enemies. These ships can be sold or kept for later use. A dynamic economy ebb’s and flows with the activities of the background AI. As an example, hostile factions destroying a convoy of merchant vessels could cause a commodities price to skyrocket offering opportunities for savvy traders to make a killing.

Tactical, turn based team combat presents new challenges for strategic players. Devices allow the player to fit a total of 12 unique effects both beneficial and combat specific across their team members. Discovery of ancient civilizations could provide you with powerful team based attacks that can annihilate your enemies. Team members with high intelligence may develop psionic powers that allow them to unleash devastating attacks. Shields, weapons (both melee and ranged) and equipment can all be upgraded with Nano-Tech and component parts. Hundreds of skill based perks allow you to customize your team members for the challenges of deep space. Your team members will level through using their skills and defeating enemies in a classless progression system. Space combat will be action based and your ship and weapons will respond to the ship specific skills your team develops over time.