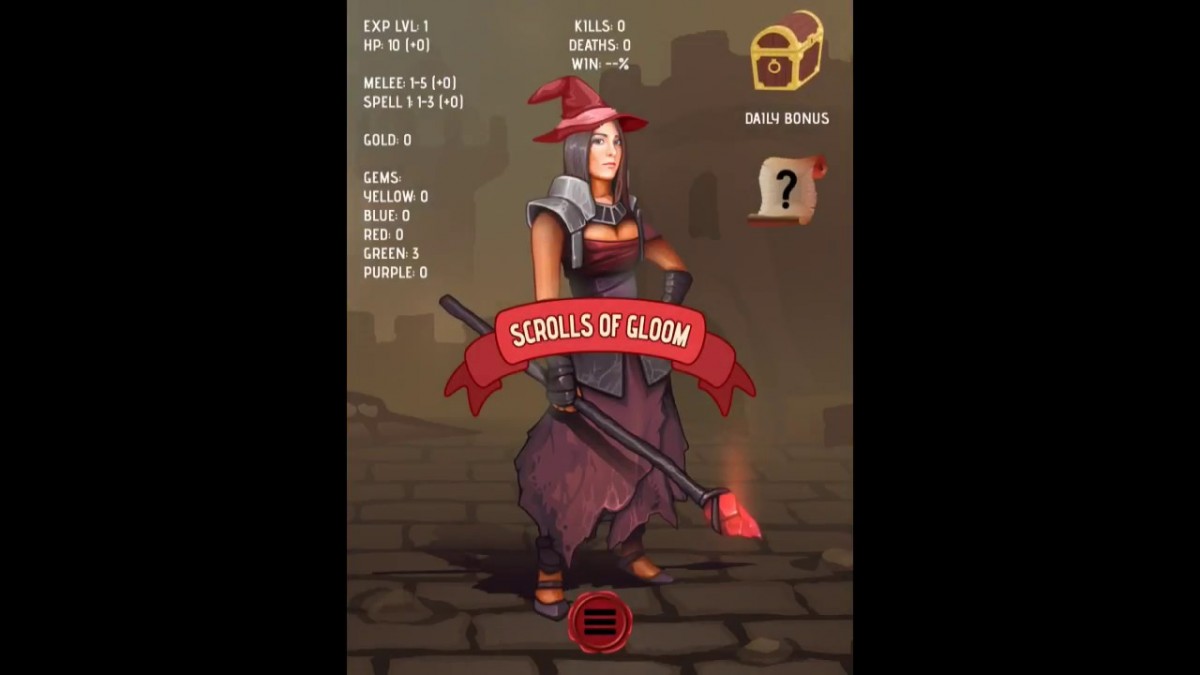 Crave Creative, an independent game development studio dedicated to 2D game creation, released Scrolls Of Gloom 1.0, their casual RPG (role-playing game) with match 3 combat game for Android devices. In this fun-to-play and easy to learn game, you explore dungeons while fighting wandering monsters and collecting loot. Use the gold and gems you loot to enhance your character.

Finally the Casual RPG you’ve been waiting for! Scrolls Of Gloom is not your average dungeon crawler which typically have high learning curves. Its a casual blend of character management, dungeon crawling and match 3 combat which is easy to learn and fun to play.

You are a fearless Sorceress who found magic spell scrolls that were hidden for centuries. The scrolls can transport you into secret dungeons where you can fight wandering monsters and get loot. Find the key in each dungeon to unlock the next magic dungeon portal scroll. If you die or don’t use the exit portal you will lose half of the gold you collected while in the dungeon. Walking into a red potion will heal you if you need it. Use gold to increase your experience level which will increase your health points and melee damage. Use gems to enchant your weapon and spells to inflict more damage. During combat the more tiles you match the greater the damage. Matching spell or weapon tiles damages the monster and matching skull tiles damages your character. A mini map is created as you explore a dungeon which you can refer to for help navigating the dungeon.