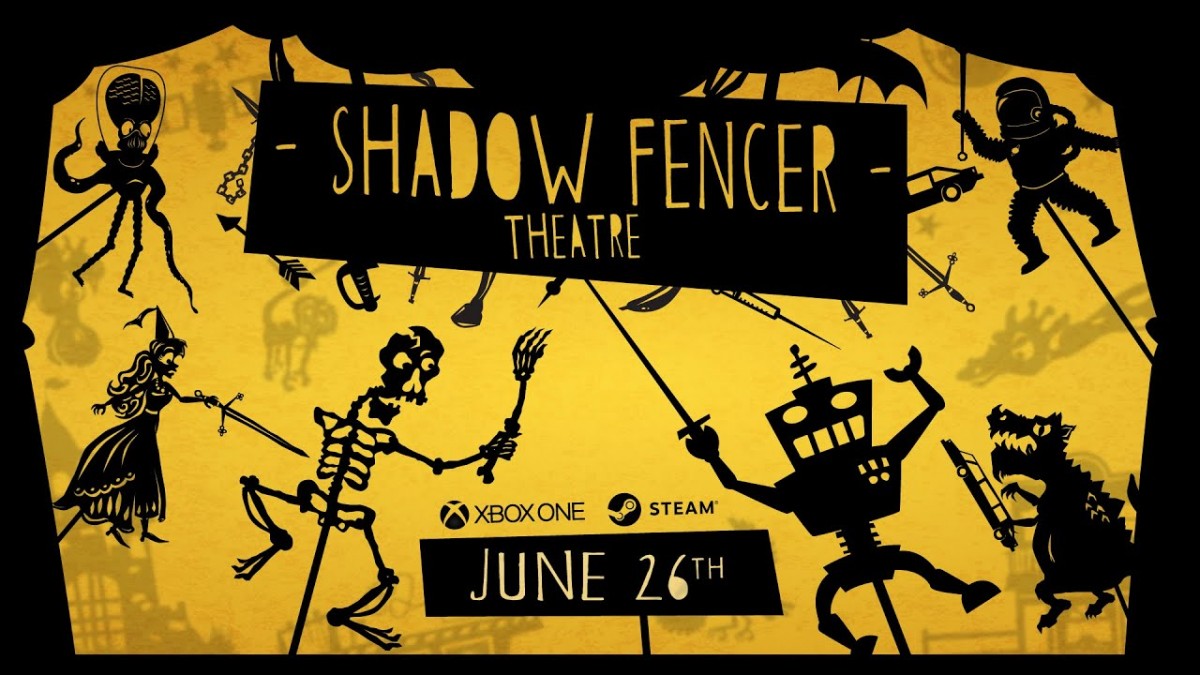 Shadow Fencer Theatre is available on Xbox One and Steam (PC/Mac)! Some say it’s like Nidhogg meets QWOP… others say it’s like Soul Calibur meets Octodad. Either way, GRAB YOUR PUPPETS and prepare for a show! Shadow Fencer Theatre is the competitive awkward physics sword fighting game set in the world of shadow puppets. Inspired by one of the oldest forms of storytelling, this game delivers hand-crafted characters and sets paired with original music, bringing shadow puppets back to the mainstage.

Take center stage with a unique cast of characters and make your way to becoming the Grandmaster of the theatre. Perform solo or battle a friend in a veritable variety show of game modes and skits. Whether you are a one-puppet show or sharing the stage, above all else, show the world you are the best performer on the shadowy screen.

Single Player & Local 2 player Fencing Combat:
·  Story – Find out what it takes to keep a last-of-its-kind shadow puppet theatre in business.
·  Marathon – Survive the gauntlet and become the Grandmaster.
·  Improv – Quick play by yourself or with a friend, selecting the cast, stage and direction of the shadowy fight. Direct the Improv fights with a selection of gameplay variations, limits and more.
·  Skits – a proverbial vaudeville of mini-games set to delight and distract.

Over 16 Selectable characters:
·  Robots, Giraffes, Pirates and more! An eclectic cast so big we needed a larger dressing room!

8 Unique Stages:
·  Behold the power of paper cutouts on sticks and string, and their uncanny ability to set the stage and tell a story. The magic of the theatre!

Original Soundtrack:
·  A collection of musical notes that add up to 20 original tracks!