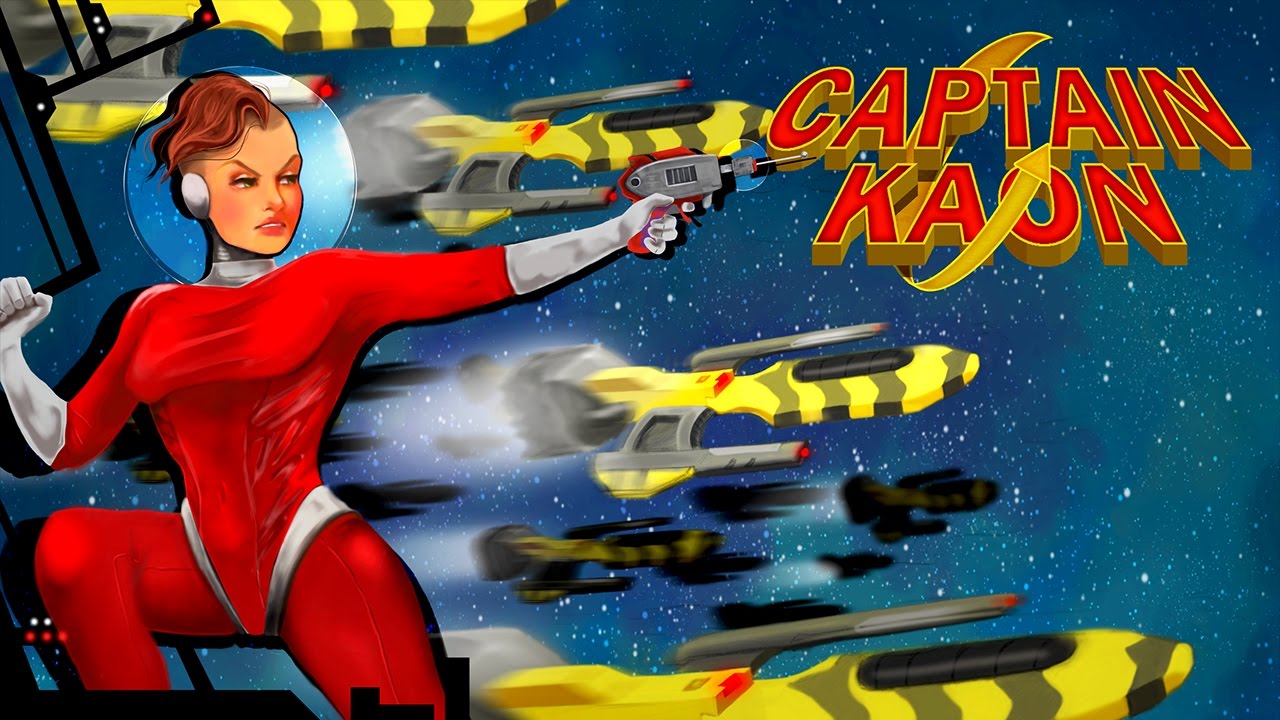 A salute to such 1980s classics as Thrust and Gravitar, Captain Kaon pairs vibrant Amiga-style pixel art with a tight twin-stick control mechanic. As a much-loved but long neglected genre, gravity shooters have found their modern champion in indie developer James Buckle.

“I first learned to code and make games after I got an old second hand ZX Spectrum when I was a kid”, said James Buckle, founder and developer at Engage Pixel. “1980s gravity shooter Thrust was one of my absolute favourites; I loved having to manoeuvre your ship through the caves and pick-off the bad guys. It was a style of game I adored which you just don’t see any more and I realised there is a whole generation who hasn’t played these exceptional games. Captain Kaon takes the best bits from this classic genre and brings them into the 21st century”.

What is Captain Kaon?
Developed by UK-based Engage Pixel, Captain Kaon is a 1980s Thrust and Gravitar inspired twin-stick gravity shooter. Here are some of the key features:

Story of Captain Kaon
The overcrowded Earth has found a new home among the stars, a clutch of habitable worlds in the Regulus sector. But this new paradise did not last long as a strange alien force began a relentless assault on their colonies. This threat to human expansion could not go unchallenged. In response the Earth has sent the finest ships in the Interstellar Navy to defend the colonists and protect its interests. Left behind are the old and the out-of-date, led by the flagship Argus; a small fleet of relics to defend our only home.

Hot-headed and insubordinate, Captain Talia ‘Kaon’ Altaras is facing court martial when war breaks out. Hoping this new conflict gives her the chance for salvation, she instead finds herself left behind. With the Argus operating on a skeleton crew, she has been assigned as its sole gunship pilot. In the midst of this uncertainty the miners of Ceres revolt against Earth’s rule, refusing to supply the fleet with the deuterium fuel it sorely needs. Without it the fleet in Regulus will be unable to fight and Earth will become vulnerable. Only Captain Kaon can fly her gunship through the twisting tunnels beneath Ceres surface and fight the revolt.