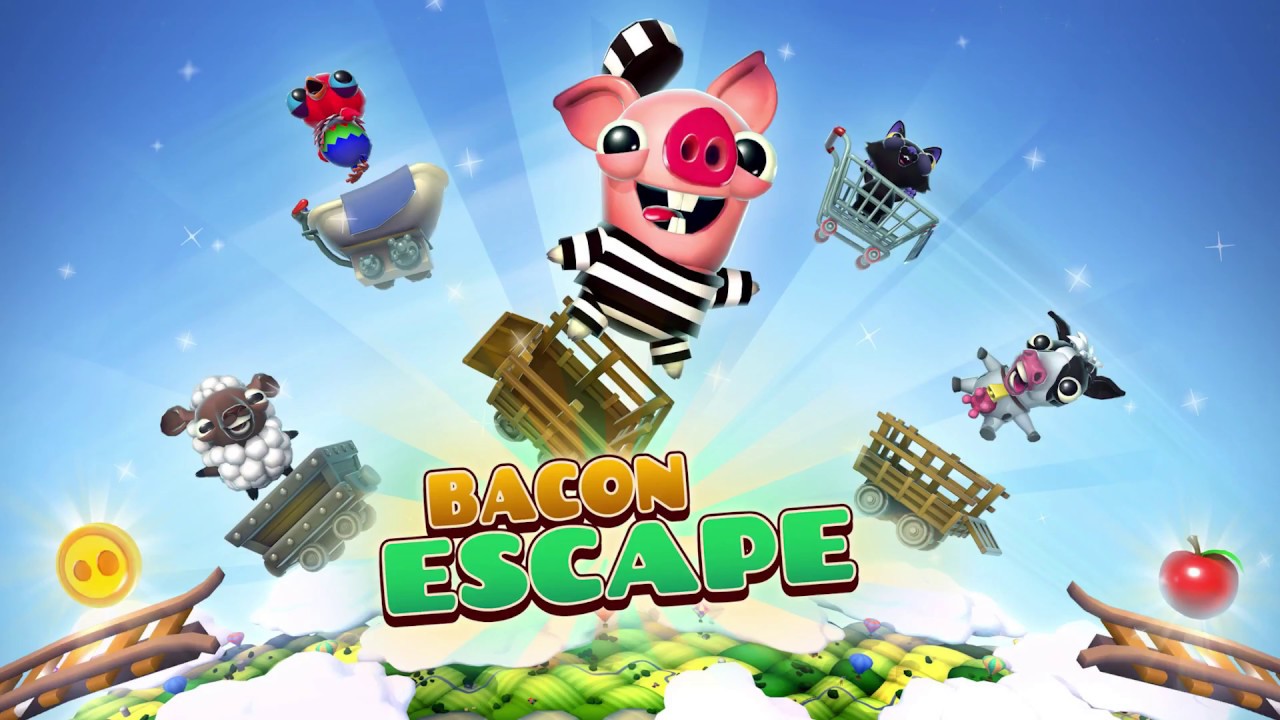 Award-winning mobile game developer Illusion Labs is proud to announce the official release of Bacon Escape, a stunningly beautiful arcade adventure on iOS® featuring a piggy on the run … This little piggy went to market … That little piggy stayed home … Your little piggy is a convict, and his evil captors chase him all the way home!

Fleeing your sinister jailors, Bacon Escape is your quest to break free from captivity and join your animal friends. Just make sure you’re not guiding your piggy out of the frying pan and into the fire… Your goal is to reach the promised land “Happyplace”. Pursued by your evil captors in their zeppelin, you must dodge obstacles and make new friends as you play. Using intuitive one-touch controls, you simply tap the screen to alter the train tracks to progress. Zoom through stunningly rendered 3D mountains, deserts, farmlands, cities, oceans and more in a race for your life. 25 thrilling levels are included with the game.

Bacon Escape comes with 30 different characters to play, each with their own unique personality and custom vehicle to master. Can you guide your character to safety and avoid being hauled back to jail?