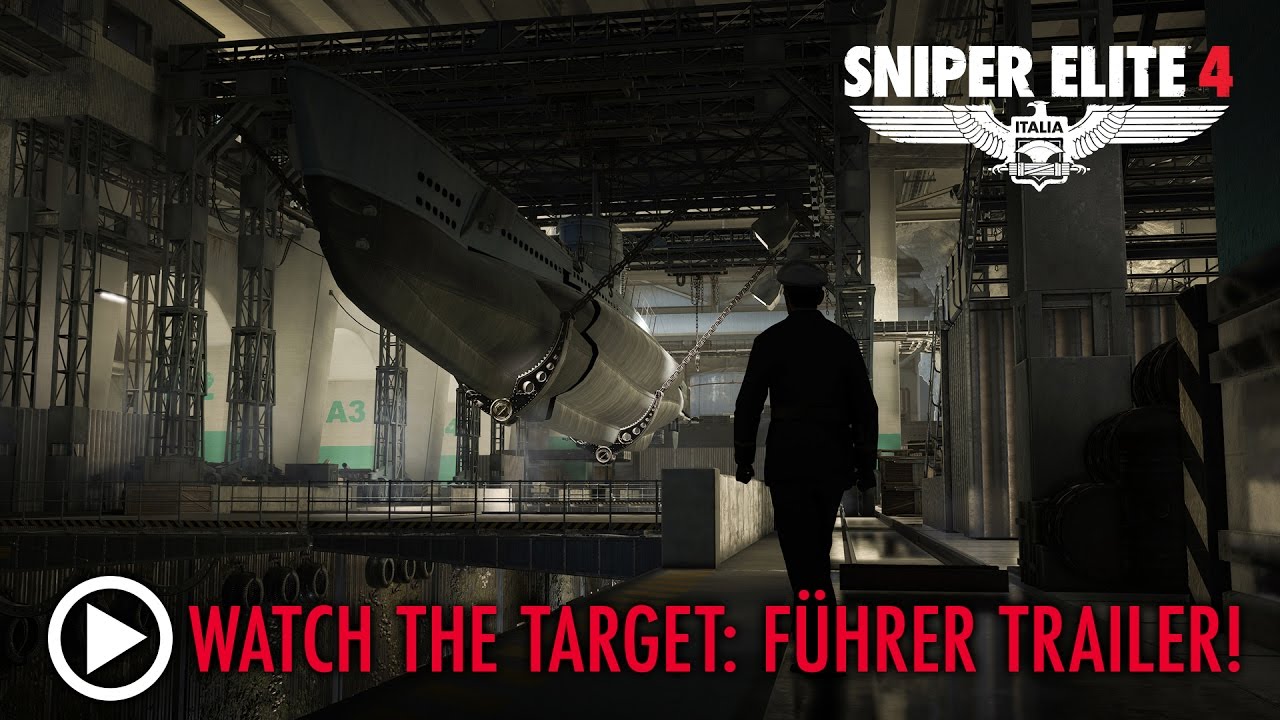 Intriguing new footage teases some of the many ways to eliminate Hitler in this FREE pre-order content for 1-2 players!

The first footage and screenshots of Sniper Elite 4’s Target: Führer pre-order content is here, offering a teasing glimpse at the dozens of different ways players will be able to assassinate the Nazi Commander-in-Chief. How many can you spot?

Featuring an expansive coastal environment – including a lofty U-boat facility packed with elite Nazi troops and the kind of environmental hazards that would make any health and safety inspector run for the hills – players will get a fantastic taster of Sniper Elite 4’s open-ended approach to tactical third-person combat, rewarding not only their sharpshooting skills, but also their wit and creativity.

Designed for 1-2 players and offering hours of replayability and dedicated achievements and trophies for discovering some of the most unique kills, Target: Führer offers a substantial and thrilling bonus for fans who pre-order Sniper Elite 4 before launch.
Target: Führer is included FREE with ALL retail and digital pre-order editions of Sniper Elite 4 and will also be available to purchase when the game launches worldwide on February 14th, 2017 for PlayStation 4, Xbox One and PC.