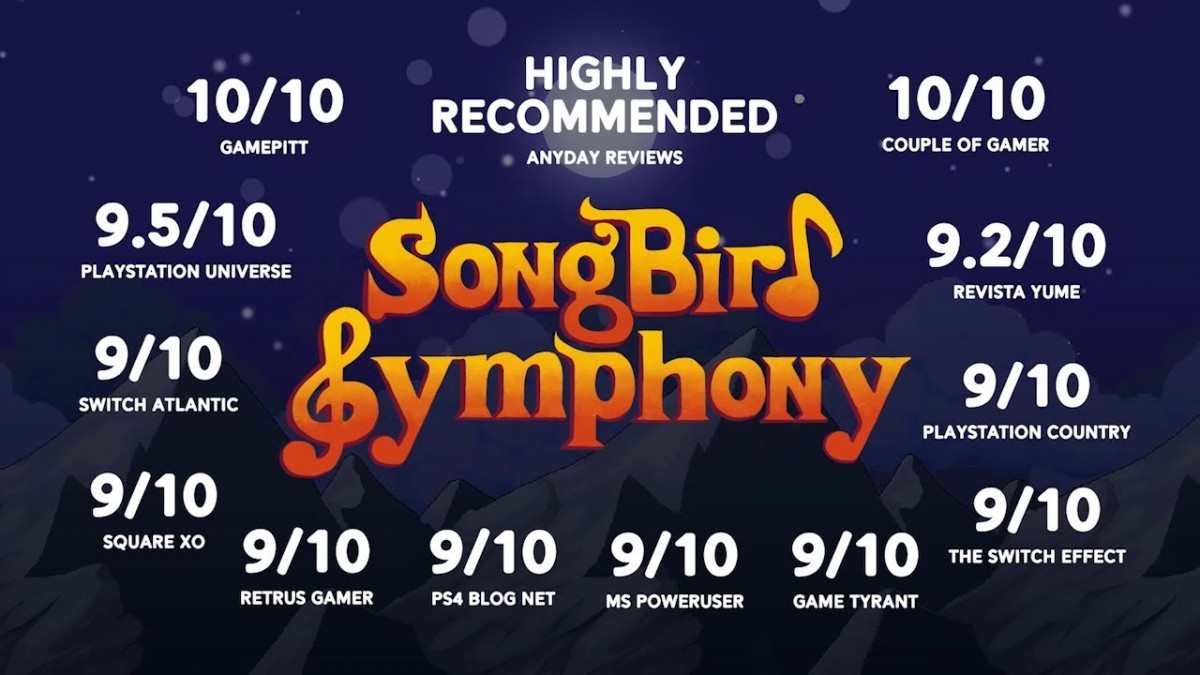 PQube and developer Joysteak Studios announced the physical release of the universally adored musical platformer Songbird Symphony in a brand new trailer! The musical platformer has received a lot of praise since its digital launch, watch the Accolades Trailer:

Songbird Symphony is out digitally on Nintendo Switch, PlayStation 4 and Steam (Windows PC). The physical edition will release on the 20th September in Europe and 5th November in North America. A playable demo is also available on the eShop, the PSN and Steam.

Songbird Symphony is an adorable 2D platformer in pixel art that follows the heartfelt story of Birb, a cheerful little bird on a quest to learn more about his origins. Songbird Symphony combines various rhythm gameplay mechanics: chirp in rhythm to activate platforms and learn new notes as you challenge the animals of the forest in wondrous musical battles. Birb will get access to new areas in the forest as he expands his vocal range.
♫ May the music guide your wings! ♫