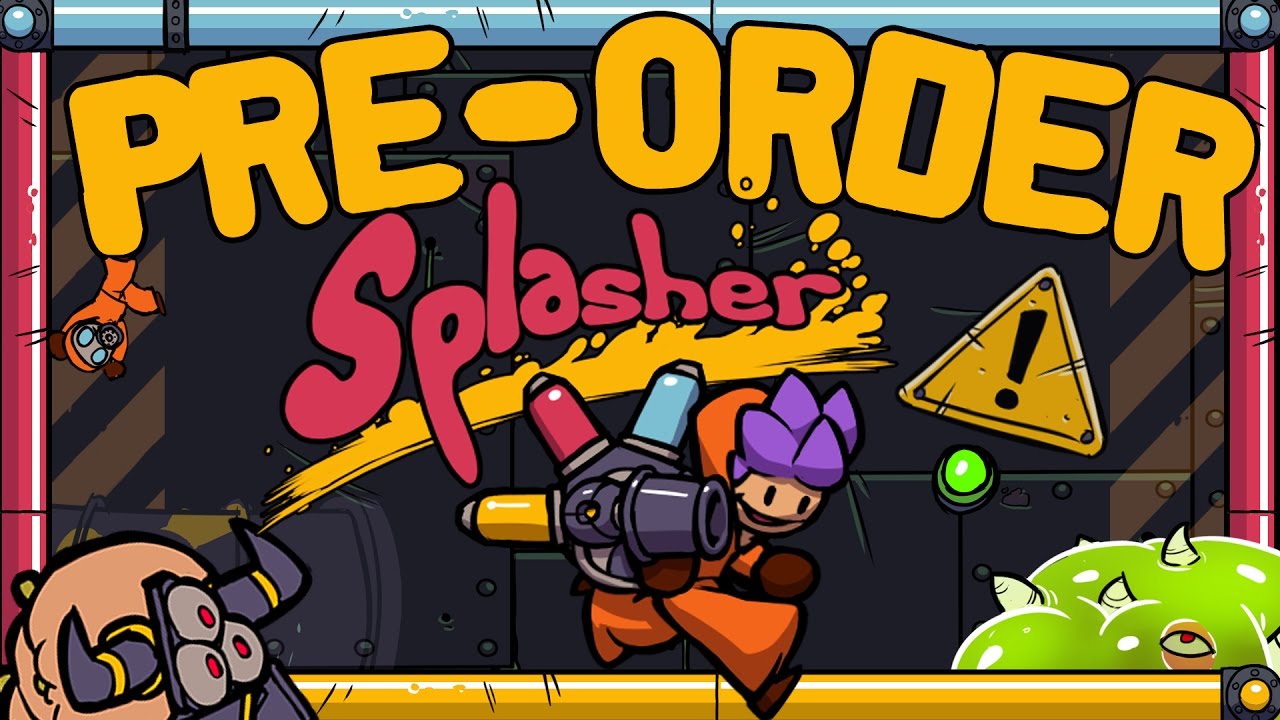 Players can now reserve the crazy splatformer that will rock 2017.

The Splashteam and The Sidekicks label are pleased to announce today the opening of the pre-orders for the PC Collector version of Splasher.

Splasher is the new game by Romain Claude, former Game Designer and Level Designer at Ubisoft where he worked on games like Rayman Legends, Rayman Origins and Rabbids Go Home. He has culled a team of talented professionals around him, featuring Art Director Richard Vatinel aka Gromyand Aymeric Schwartz, composer and sound designer on projects such as Absolver, Rayman Origins and Valiant Hearts.

Splasher is a challenging platform game, loaded with lots of humor and surprises. Armed with a splattering cannon, the hero launches an attack on the Inkorp paint factory to rescue his companions, the Splashers, and put an end to the malicious plans of its big boss: the infamous Le Docteur.

Each color of his weapon offers special powers: stick to walls, bounce, attack enemies… it will be necessary to make good use of them to overcome the long and demanding levels which are full of ever more treacherous traps.

This collector edition includes an immediate access to the demo of the game and at release:
The full game
The Official soundtrack
A “Retrospective” pack comprising all versions of the game starting with the very first prototype in 2014
HD Artworks by Gromy

The game will be released on PC next February 7th, the development team having granted themselves some more days in order to refine the game. Splasher will also be released on Playstation 4 and Xbox One in spring 2017.