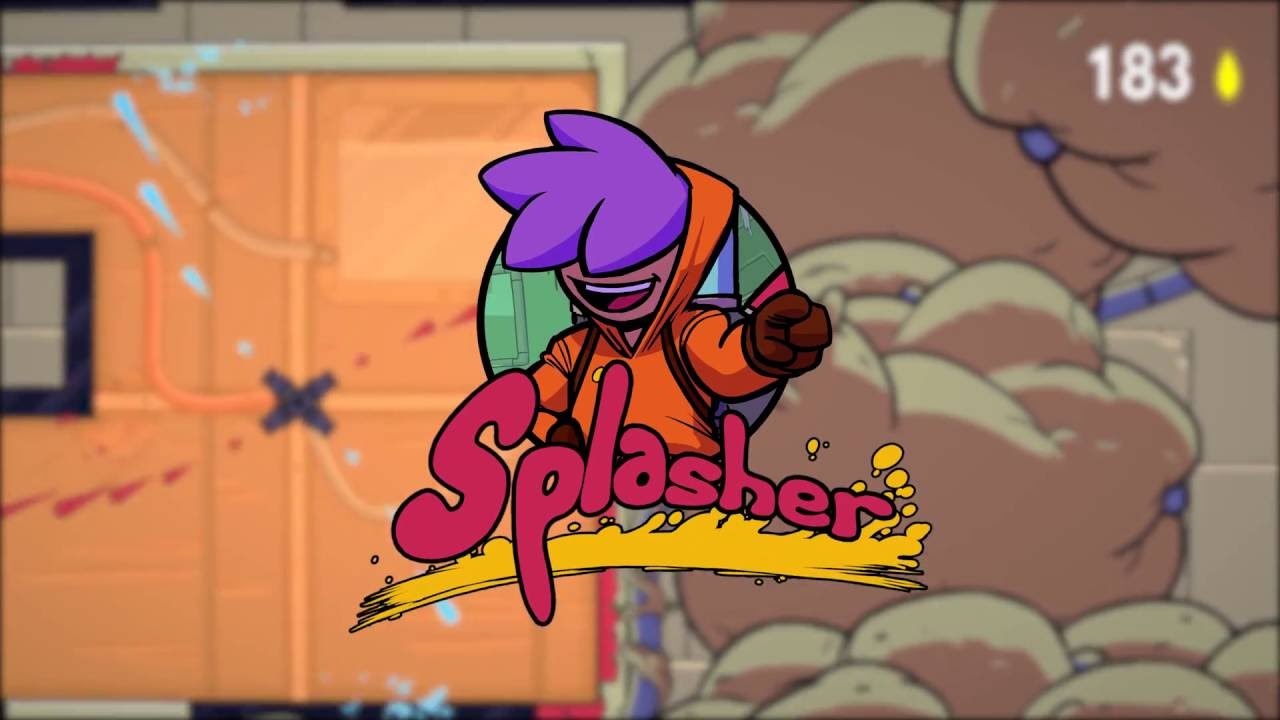 The Splashteam’s platformer will be released on PC and Consoles very early next year.

The Splashteam and The Sidekicks are glad to announce that Splasher, the staining platformer will be released on January 24th, 2017 for PC, Mac, Playstation 4 and Xbox One.

Splasher is Romain Claude’s first indie game after working for years at Ubisoft as game designer and level designer on best sellers like Rayman Origins and Rayman Legends.

Splasher is an  arcade and action oriented 2D platformer, filled with humor and surprises. It offers the players to challenge their skills and velocity in a wacky cartoon world created by the artist Richard Vatinel, alias Gromy.

Loaded with a paint canon, the player will boldly attack Inkorp, the paint factory in order to rescue his companions, the Splashers, and put an end to the evil plans of its big boss, the ignominious Docteur. Each color offers a special power: stick to the walls, bounce higher, confuse foes…. It should be used wisely to achieve long and demanding levels filled with delirious and devious traps.

Splasher is currently in its last development stage and going through an extended polishing effort  including a collaboration with RealMyop speedgaming specialist in the famous French youtuber collective Nesblog. Every level has been optimized to offer players with a challenge funny for everyone but hard to master for hardcore players. When released, experts and newbies will compete in several timed modes and try to reach the top of the world ladder. More collaboration are planed before the game release, on the music side in particular with upcoming featuring announcements.

Save the date : January 24th on PC, Mac, Linux, Playstation 4 and Xbox One. A pre-order offer will be soon available on the game official website. It will offer a very special collector edition.