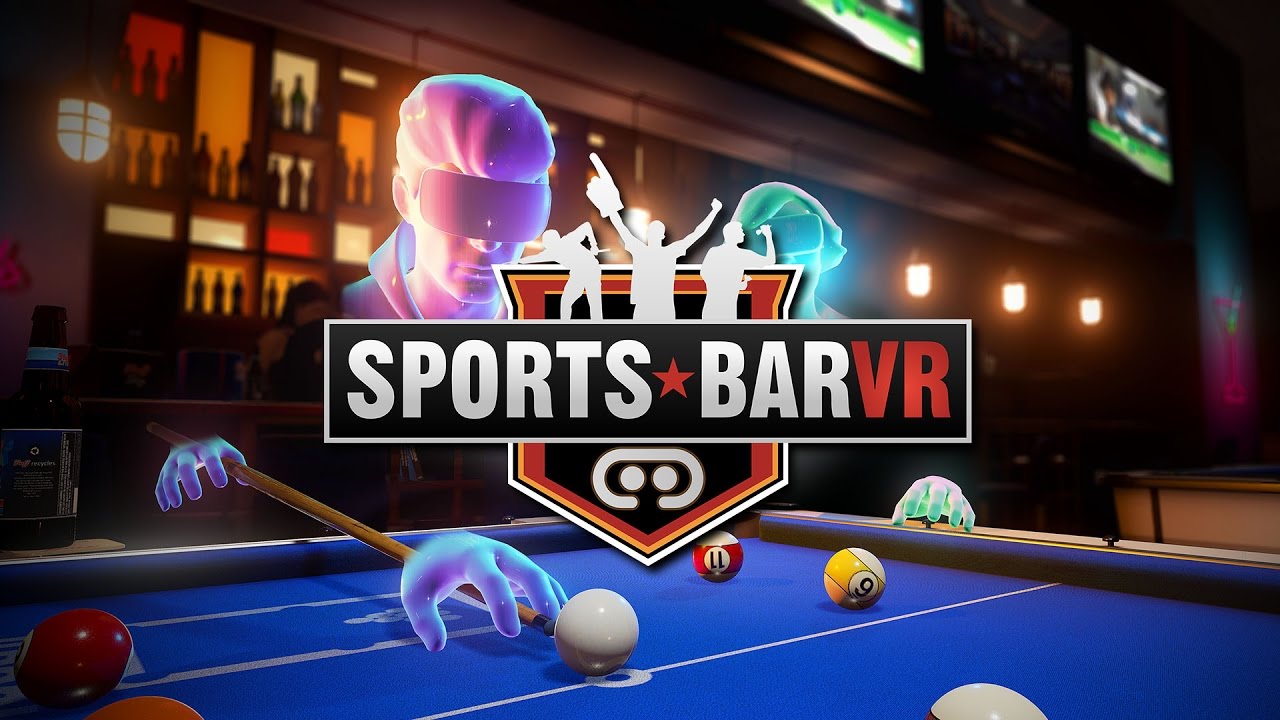 Perilous Orbit and Cherry Pop Games announced today the release of Sports Bar VR, the ultimate social VR video game experience, for Oculus Rift®. Sports Bar VR features an extensive set of classic pub games, including darts, checkers, and chess, along with an incredible pool simulation – including 8 Ball, 9 Ball, Killer and more. Join up with six of your friends to hang out and play some air hockey, throw a few rounds of darts, build an insane domino creation using books, chairs and bottles, or just hang out and chat. The full virtual pub and pool experience now awaits players in Sports Bar VR for Oculus Rift!


Much more than a collection of popular pub games, SportsBar VR gives players the ability to interact with the 3D world around them – and to get rowdy! All set within an interactive virtual sports bar, SportsBar VR enables up to six players to play games ranging from air hockey to pool to darts, hang out, chat, roam the bar, or even make up their own challenges – like throwing cue balls, smashing bottles and much more. Loosen up in the virtual bar without ever drinking a single drop of beer!

SportsBar VR Gameplay Features:
Tons to Do: Darts, pool, air hockey, rampball, chess, shuffleboard and more. Just about every classic pub game is here… all in beautiful, realistic 3D VR
Go on, Make a Mess! Had enough of being a good sport? Then enjoy throwing bottles, cue balls and sticks around – nobody gets hurt and nobody has to clean up!
Hang with Friends: A fully immersive social setting enables you to simply hang out and chat
An Amazing VR Experience: Sports Bar VR is developed from the ground up for VR. Experience a fantastic VR environment, right from the comfort of your own living room.