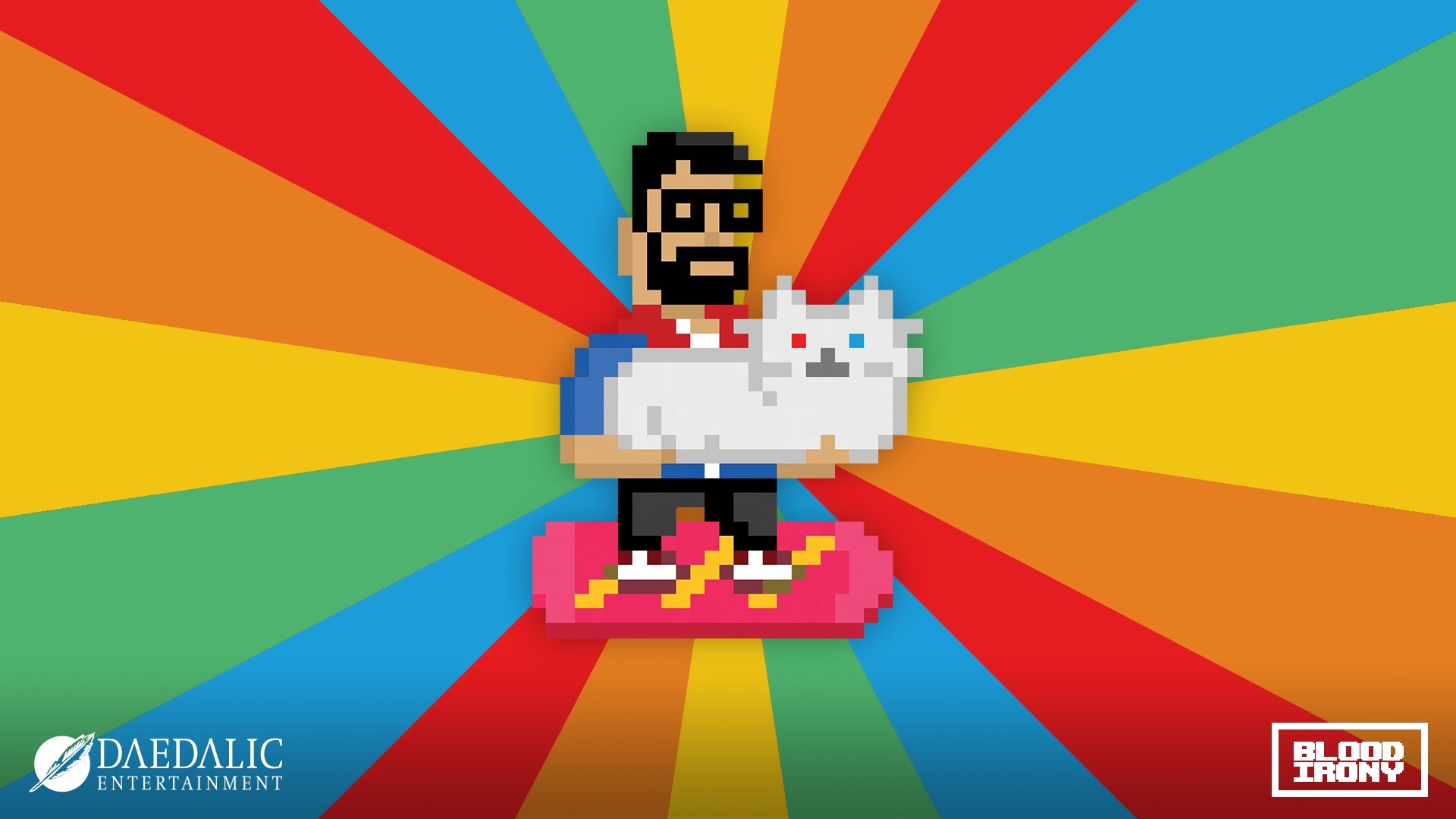 The new year starts funky: Bloodirony and Daedalic Entertainment have released the download version of Shooting Stars for PC and Mac. With its unparalleled mix of web-humor, crazy-colorful art and a laser-eyed cat as the hero, this charming game is indie to the core.

The story behind Shooting Stars…

Tscherno the hipster, armed with a laser-eyed cat and a hoverboard, is on a mission to save humanity from aliens. These aliens disguise themselves as celebrities and are out for world domination. They pose as Hollywood actors, popstars, Youtube personalities or meme characters and subtly influence mankind.

Tscherno and his cat plan to put an end to this: The fierce feline shoots lasers from her eyes to stop enemies and with the help of power-ups she can even use stronger weapons – like the MEGA RAINBOW LAZER, a multi-colored multi-mortal multibeam!