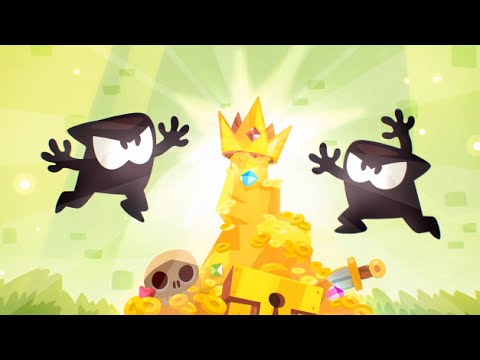 ZeptoLab®, the global gaming company behind the world-famous Cut the Rope® franchise, wants you to outfox, outlast and out-steal other players in its newest game, launching today on the App Store. King of Thieves is a competitive multiplayer game that combines the high-quality art and animations that ZeptoLab is known for with platforming and tower defense elements to create an all-new, challenging gameplay experience. The game will be available on the Amazon Appstore on February 26, 2015. A Google Play version, including Android TV support, is planned for launch on March 5, 2015.

Do you have what it takes to become the King of Thieves? Players compete to become the craftiest and richest thief in the land by breaking into enemy dungeons, running and jumping to dodge deadly traps, and stealing gems from other players. King of Thieves calls for speed as well as smarts: players must customize their defense system to try to keep their treasures safe from enemies.

With this entirely new IP from ZeptoLab, King of Thieves represents the company’s effort to extend its audience – hundreds of millions strong – to midcore gamers.

To become King of Thieves:
•Collect gold and gems from other players to become the wealthiest thief in the world
•Design your dungeons and watch other thieves getting into your traps
•Compete with players worldwide, leaving your rivals on the bottom of leaderboards
•Use your ill-gotten wealth to upgrade and customize your character’s outfit
•Test your agility through 80 single-player levels or dive into the underground world of user generated content
•Find reliable allies to stand against hostile guilds of thieves

“King of Thieves is not only a new property from ZeptoLab, it brings an entirely different style of game to mobile platforms,” said Semyon Voinov, Creative Director of ZeptoLab. “We challenged our developers to create something totally new that would deliver on our philosophy of innovation and fun. Judging by the huge positive feedback in testing, as well as by how often I’m playing the game myself, I think it’s clear they succeeded. I dare any gamer to try and steal from me”.

King of Thieves is one of several new IPs ZeptoLab will introduce in 2015.