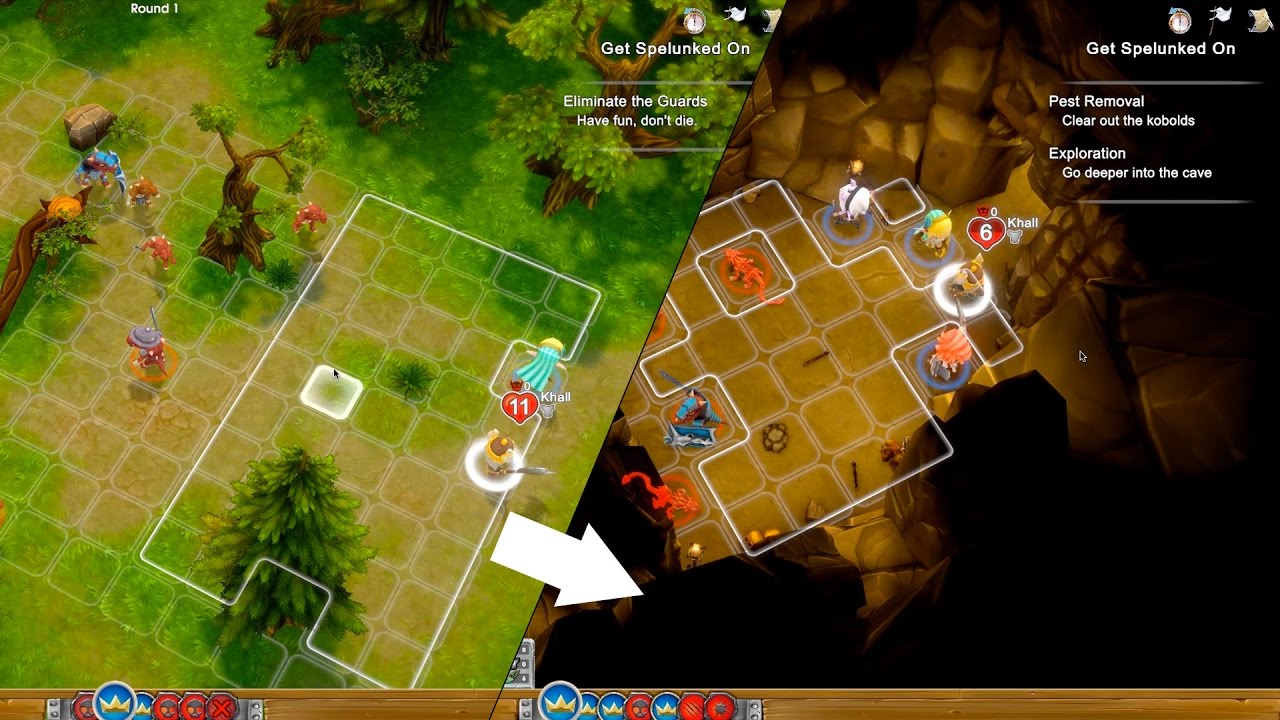 Featuring dynamic combat inspired by its tabletop origins, striking a balance between strategy and chance, Super Dungeon Tactics tasks players with ridding the land of Crystalia of evil through intense dungeon-crawling action!

As a guild master, players command a party of chibi-styled heroes across a vibrant fantasy realm filled with random encounters, side quests and hundreds of lootable items. Take up arms with up to fifteen unlockable heroes, each with their own abilities, weapons, armor and items specialized to their character classes. Loot-based leveling and ability dice generate surprising challenges requiring on-the-fly strategic maneuvering of heroes to best the Dark Consul’s legion. Quests are also a multi-encounter affair with successive multi-part missions and random enemy generation, making each skirmish more exciting than the last.

Key features of Super Dungeon Tactics include:
Powerful Ability Dice – The roll of the die at the start of each turn provides access to special abilities that affect the flow of battle and what skills are at your heroes’ disposal.

Dynamic Quests – As players uncover the grand story of good versus evil, they’ll take part in epic quests comprised of multiple encounters per level. Each scenario is dynamic, as encounters vary in size, enemy types, arenas and objectives.

Activation Initiative –  Both heroes and enemies abide by the game’s activation initiative, a map-based system that determines squad advantages and disadvantages at the start of a dungeon. The better your map positioning, the better odds in your favor. Choose your tiles wisely!

Loot-based Leveling – With progression tied to loot, no heroes are left behind. Swap a wide variety of equipment — from nine weapon types and dozens of support items — around and bring heroes anywhere without worry of under leveling.

Super Dungeon Tactics is available for purchase on Steam for $17.99 (including a time-limited 10% off launch discount) starting today.