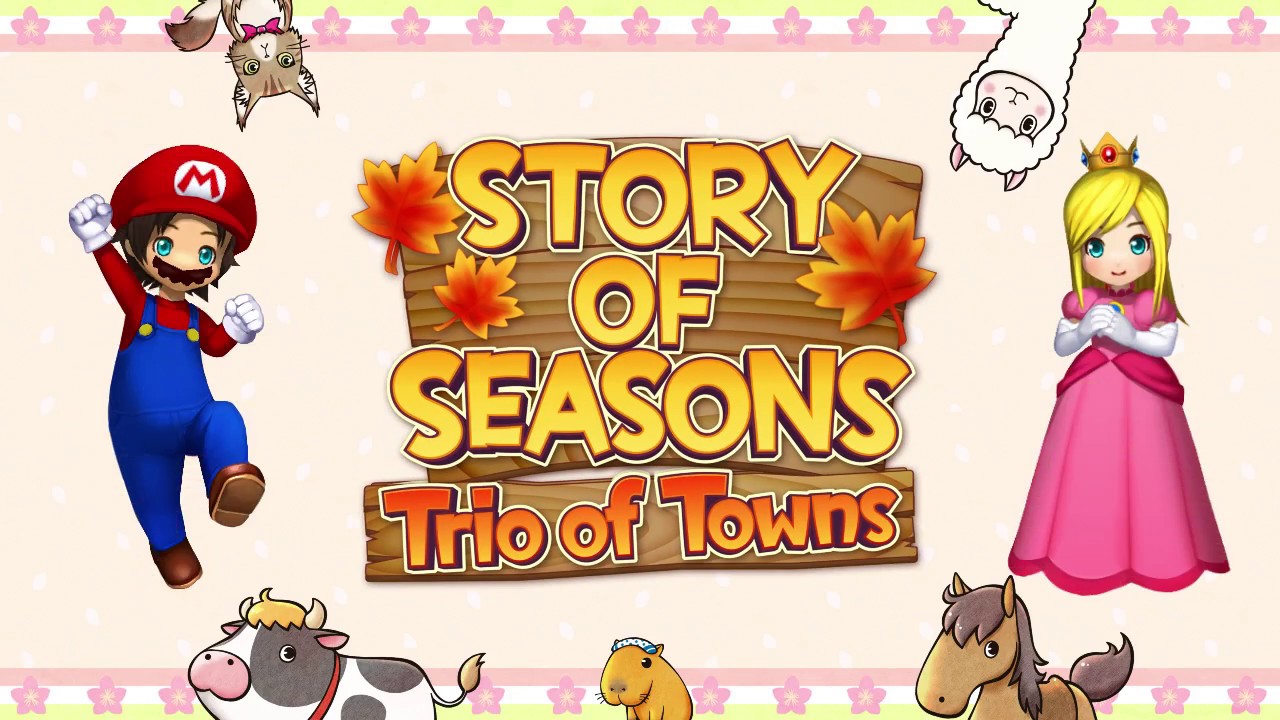 XSEED Games, the independent-minded console publishing brand of Marvelous USA, Inc., today released a new STORY OF SEASONS: Trio of Towns trailer featuring the fan-favorite characters Mario, Luigi, Princess Peach and Toad from the Super Mario Bros.TM franchise. The incredibly adorable capybara mascot Capy-san, who is also a pocket plushie that can only be attained by pre-ordering the game at participating retailers, returned to introduce the video for the game which is set to launch next week, February 28th on the Nintendo 3DSTM family of systems.

Capy-san, the in-game capybara pet and pocket plushie, had this to say:
I’m so excited that STORY OF SEASONS: Trio of Towns is launching next week! I must admit I’m also looking forward to getting my paws on the “plushie” version of me as well. I heard it’s just as adorable as I am. Speaking of adorable, today’s video features costumes borrowed from my friends Mario, Luigi, Princess Peach and Toad from Super Mario Bros. These outfits let you cosplay as your favorite character AND will give you awesome abilities in the game!

Super Mario Bros. Themed Costumes and Headgear
In a rush? Mario’s signature red and blue uniform gives your running speed a boost. Reeling in nothing but boots? Turn your fishing luck around with Luigi’s outfit and hat that’ll make others green with envy. Feel like your pal is more of a stranger than a friend? Princess Peach’s regal dress and shiny tiara will give you some of the heroine’s limitless charm, helping you make friends with residents of the trio of towns faster. Farming is exhausting, isn’t it? Like the tireless character himself, Toad’s outfit and hat will recharge your stamina automatically.