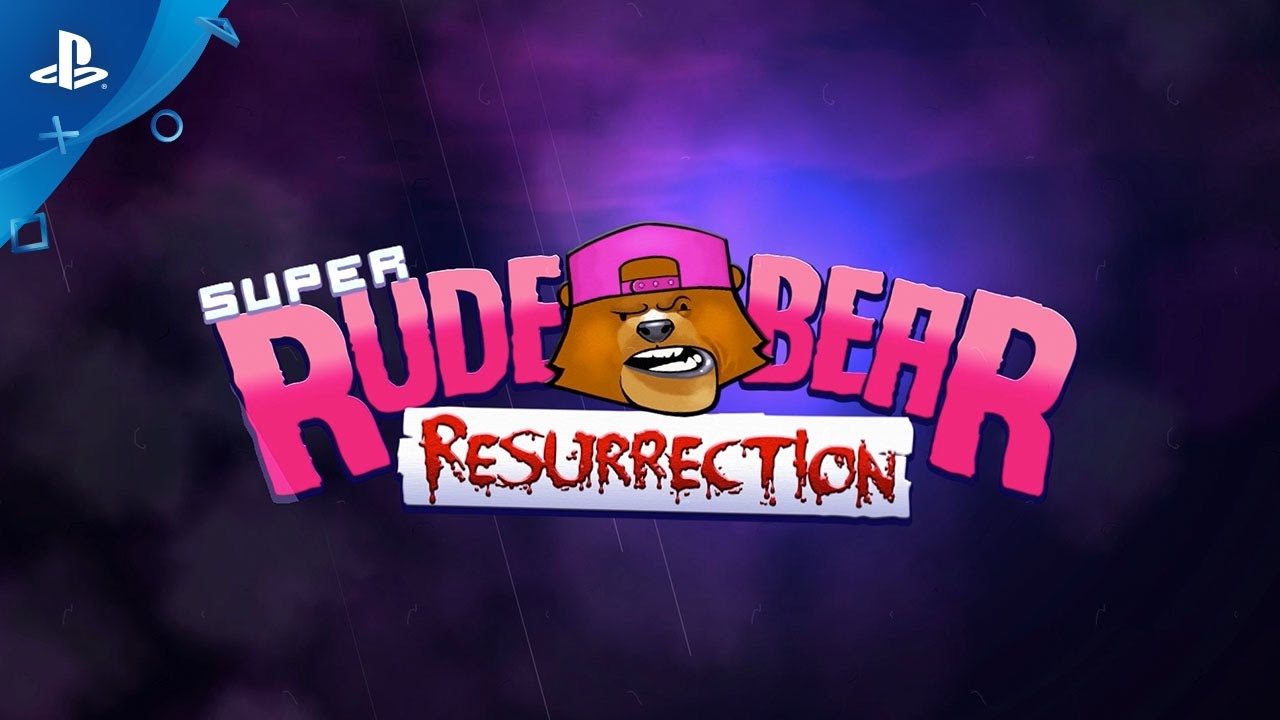 Super Rude Bear Resurrection, the ultra-tight masocore platformer that gets easier the more you die, is ready to bear arms and completely embearass your gaming skills, when the game launches on PlayStation 4 and Steam the first week of May.

Rude Bear is a hardcore platformer with a twist – every time you die, your corpse stays exactly where you left it, and with your next life you can use your dead body as a platform or meatshield to keep you alive. The game’s difficulty lowers with each death, meaning that anyone can beat it – but players looking for a real challenge can try to blitz the entire thing without dying at all.

And there’s plenty of game to die your way through, no word of a bearfaced lie. Rude Bear, our gangsta bear hero from East London, has been transported back in time to medieval England, to defeat his mortal nemesis, The Wizard.

You’ll come up against 6+ hours worth of challenges and obstacles, including numerous boss Guardians – and that’s before you even contemplate exploring the secrets and bonuses hidden away in Super Rude Bear Resurrection, racking your playtime up to 12 hours and beyond.

This tight package is topped off with an incredible 73 song soundtrack from British grime producer Deeco, a deep Twitch mode that lets your viewers mess with you while you play, and tons of modes, features and bonuses that will keep you coming back for weeks.

Super Rude Bear Resurrection will be available from May 2, coming to PS4 and Steam.