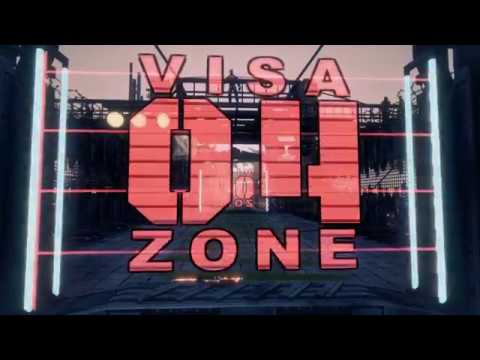 IMGN.PRO and Fool’s Theory are pleased to unveil the new gameplay trailer! On top of the massive amount of new locations, challenging combat, and heaps of action, players can also admire the special song for SEVEN: The Days Long Gone created by Gavin Dunne, the talented Irish musician collaborating with Marcin Przybyłowicz! Having written music for games such as Wasteland 2 and Rock Band, he also reached no. 1 on the iTunes metal chart with his album Metal Up.

After the latest stealth trailer for SEVEN: The Days Long Gone, Fool’s Theory and IMGN.PRO are ready to present another hugely important element of their upcoming isometric RPG – the combat. Challenge a wide variety of enemies in the rich world of SEVEN: strange, powerful beasts, eternally hungry ghouls, winged insectoids straight from your nightmares, large, deadly arachnids, and more. See with your own eyes cities of the Vetrall Empire; visit Lawmer, Mortbane, and Warden’s Hold, the biggest city of Peh… But beware of Deadzones swarming with dangerous creatures!

In the newest gameplay trailer, players can listen to the track that will appear in the end credits of the game – fragments of it will also be used in Artee village. Gavin Dunne feels very strongly about his work for SEVEN: The Days Long Gone:

“When the crew at IMGN.PRO told me about this game’s setting and story, I was immediately interested, especially after seeing the gameplay videos. They created a great atmosphere – dark, dirty, raw, and mildly futuristic. I enjoy writing and singing in that gruff, grimy future-blues style. Besides, I was already a big fan of Marcin’s work on the Witcher series. The song created for SEVEN is bluesy, drenched in old-style Americana, and it evokes the melancholy undertones of lost history and civilizations through the junk instruments used by Marcin and the crew.”

The musician also explains that the lyrics – which are connecting to the Artee tribe’s philosophy and history – are about preservation, celebration, and protection of art as a means of documenting history.

Marcin Przybyłowicz, creator of the score, had this to say about SEVEN: The Days Long Gone:

“SEVEN is a fantastic project to me – there’s lots of space for creativity and a suggestive world showing a humanity that has managed to rise again after an apocalypse. In such conditions, people would create music differently – they would probably play on antique or handmade instruments. That’s why, with the help of instrument collector Paweł Romańczuk, I’ve chosen from over a hundred weird, old exhibits from his collection; a couple of the most unusual ones that created unconventional sounds include an over-100-year-old Stroh violin, a bucket bass (a twisted variation of the double bass), a bucket cello, and a cardboard cello. But we also have guitar parts recorded by the excellent Polish guitarist Krzysztof Łochowicz. This makes SEVEN’s music edgy and gives it a lot of character, grime, rust, and aeration”.

ABOUT SEVEN: THE DAYS LONG GONE
SEVEN: The Days Long Gone is a 3D isometric RPG in which players can freely explore the sandbox world of the Vetrall Empire. Set in a “beyond post-apocalyptic” environment, the title will redefine how the isometric RPG genre is played. The climbing system will allow you to free-traverse obstacles of any height, both horizontally and vertically. On the prison island of Peh, you will experience rich stories of conspiracy, discovery, and betrayal set within an unforgiving world filled with mysterious technology and Dark Age superstition. As a master thief possessed by an ancient daemon, you are deported to Peh on your toughest mission ever.