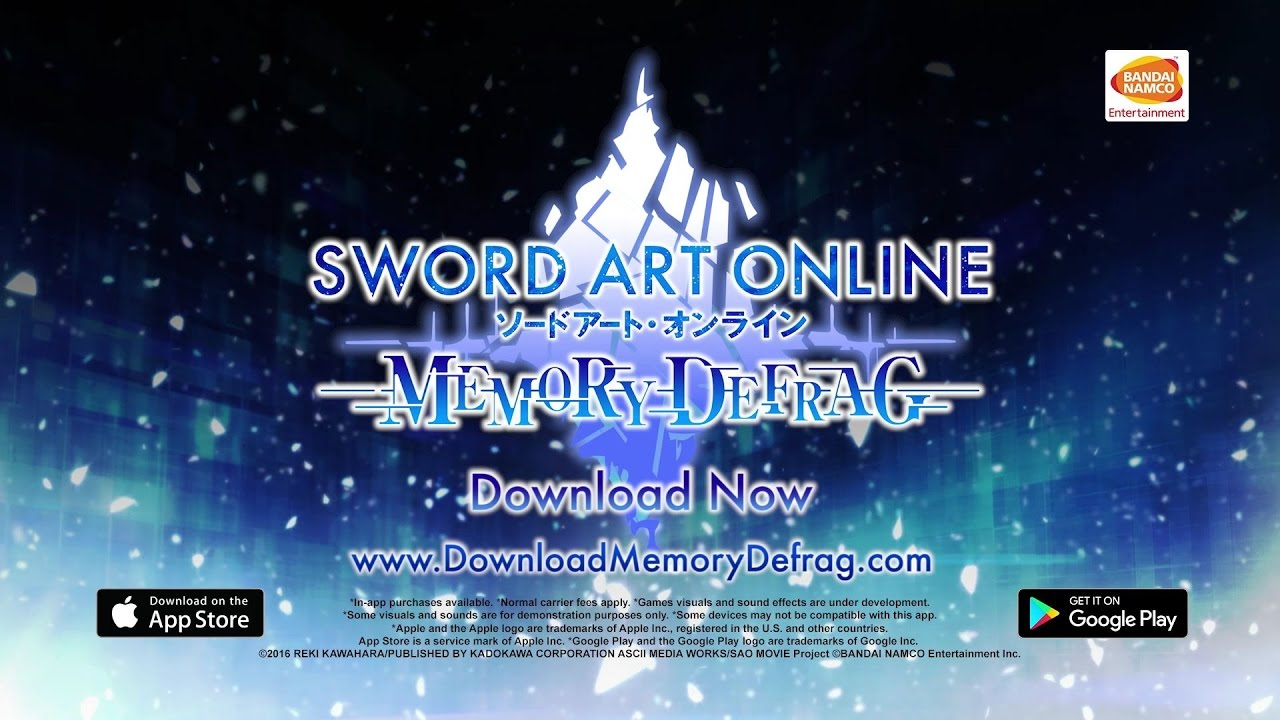 SWORD ART ONLINE: Memory Defrag for iPhone and iPad from the App Store, or for Google Play.

Utilizing an intuitive gesture system, SWORD ART ONLINE: Memory Defrag brings intense adventure and fast-paced action that fans will love. With a series of taps and flicks, players can execute a variety of actions, unleashing a number of attacks using a selection of one-handed and dual-wielding weapons and skills, including swords, guns, bows, and magic. Gamers can tailor their weapon loadouts and skills to their unique playstyles, and master characters’ moves to take on the increasingly challenging bosses and dungeons that await them in the virtual worlds of Sword Art Online.

“Sword Art Online has amassed millions of fans around the world by exploring the mysteries and adventures of an online virtual world, so it’s especially exciting to see that world expand into mobile platforms,” says Yasukazu Kawai, the Producer of SWORD ART ONLINE: Memory Defrag. “Fans of the anime, manga, and video game series will be happy to see that the intense action, compelling story, character customization, and very soon, the multiplayer adventures are all there on the mobile device of their choice.  We’re also extremely proud that SWORD ART ONLINE: Memory Defrag was selected by Google Play as the best trend game of 2016, and we know our players will love the game, too!”

In addition to the extensive single-player story mode, SWORD ART ONLINE: Memory Defrag will soon receive an update that will unlock a new cooperative multiplayer mode to allow players to team up with friends to take down massive boss monsters together.