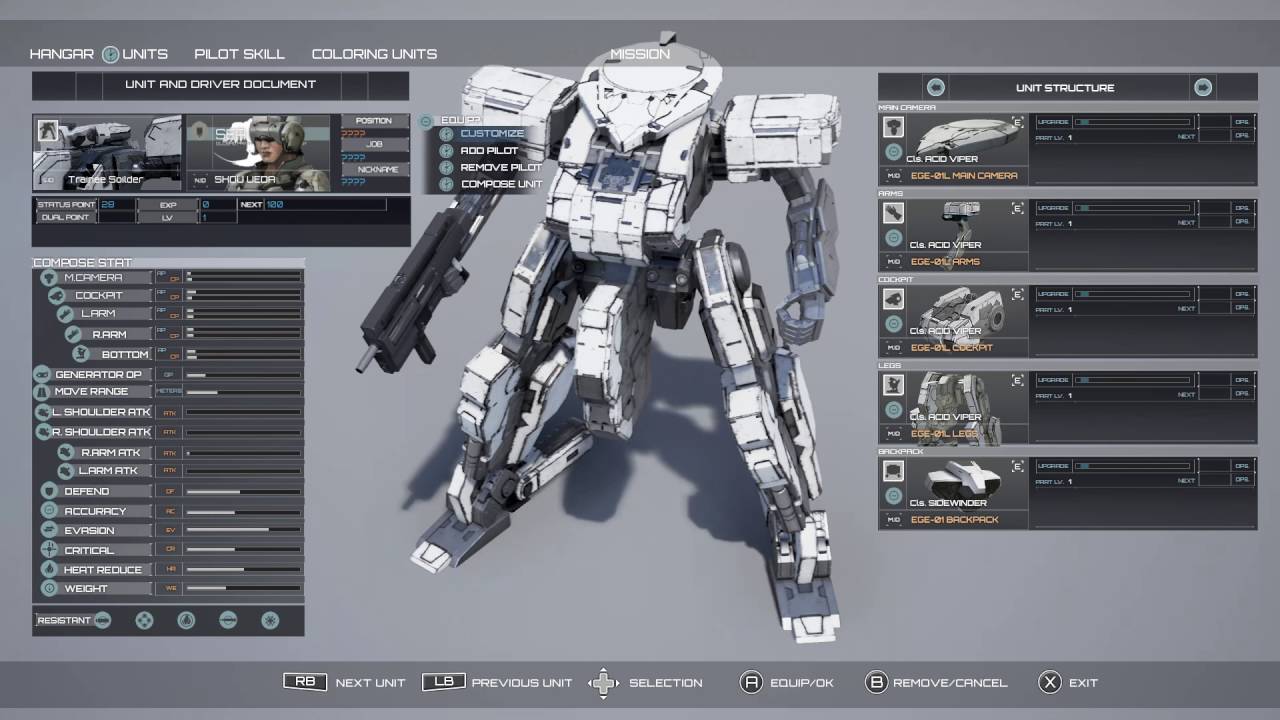 Spiritual Successor Japanese Mecha style game “DUAL GEAR” released Close-Alpha Video of the Mech Customization. Its features freely customize option including Machine setting, equipping weapons, Color adjustment. That is all accessible in the Alpha test released for the supporters who have got the permission to access.

After reached 50% a fund from the first IndieGoGo on March earlier this year (2016).  Dual Gear is still in development and has been focusing on developing key features, customization, and hangar mode. Especially customization system. The game allowed a player to build the unit with 5 part structures (Main Camera, Cockpit, Arms, Legs, and Thrusters Pack). In the latest Close-Alpha build have 26 parts and six standard weapons available. The player can obtain them during the gameplay. The status of Pilot and Machine are now functioning in the current version. Each of the part specs will be affecting the Mech setup. Depending on the player choices, they could build a fast and agile unit or steady but losing evasion ability.

The current Close-Alpha version (0.86) is not only about customization and Hangar mode. New playable skirmish missions also added into the game. A player can play and collect a new item called “Paper Device” in these two missions. This item’s a decode-able item into a weapon or mech part in the Hangar mode. Player can be select the skirmish option in the mission deployment from the customization menu. Let see new videos about Mech Customization and Skirmish Mission gameplay!

Dual Gear deployed the Close-Alpha version on the 15th of September for the backers that got the Alpha/Beta Access reward and having a STEAM account. Also, the developer just opens a feedback forum on the official website to receive all, ideas or issues report from any player who’s got permission to access. The game also opens the second Indiegogo’s campaign for anyone who missed the chance from first one. The campaign has already passed the first initial goal (5K) on Saturday (24th September)

Dual Gear is a turn based strategy game combination with action gameplay inspired from classical  japanese mech TBS games . Player can command the units with turn based system from the third person action perspective ,develop a pilot, customize their own mechs squad to finish the mission and find the secret parts, weapons and story.

The game is powered by Unreal Engine 4 and still in development. Estimated release date during the Q1 of  2017.