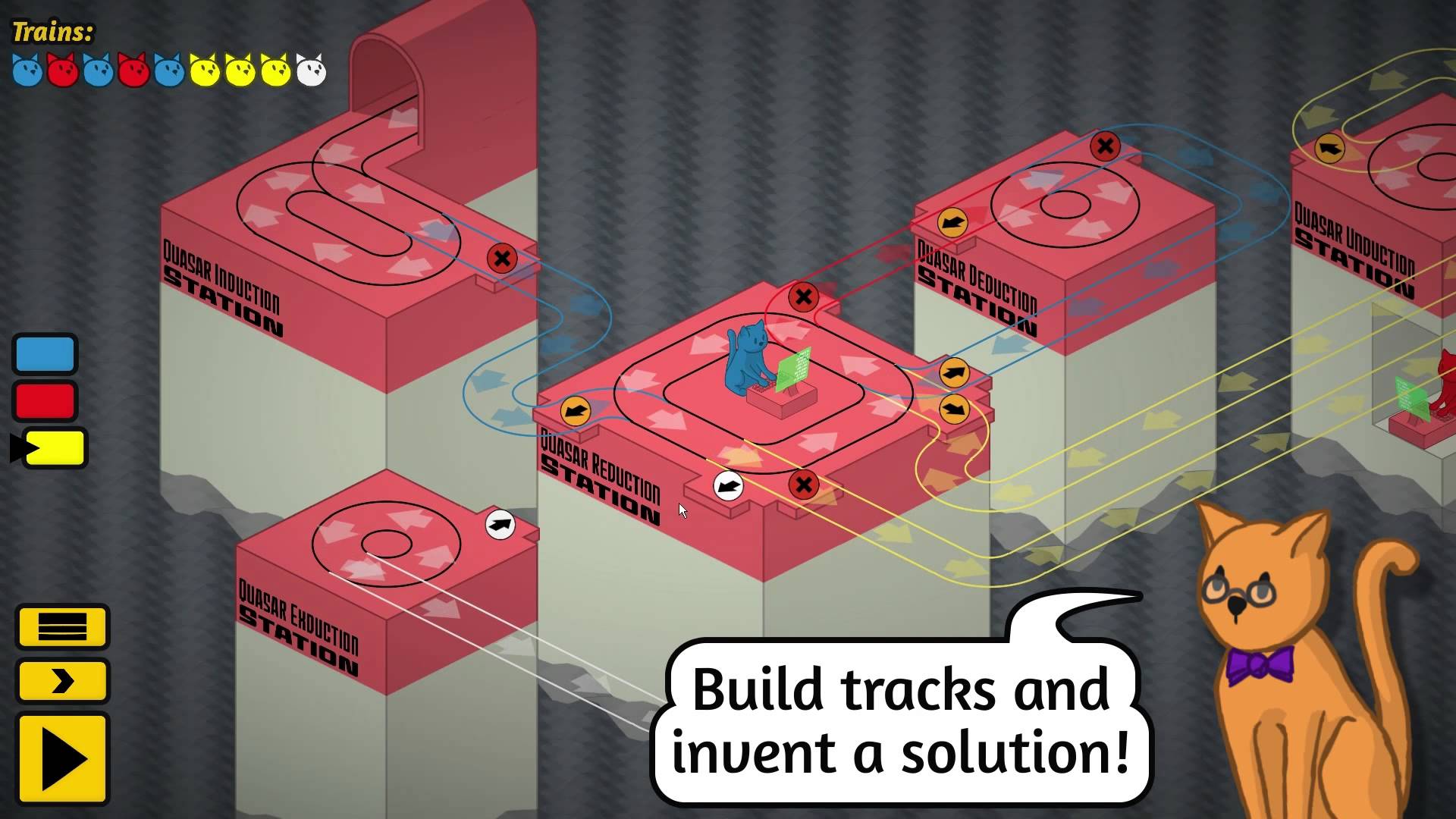 Cranktrain are excited to announce that The Cat Machine, a game of logical puzzles and cats riding around on trains, has been released on Steam, for Windows, Mac and Linux!

As we are all aware, the planet is heading directly for the centre of the sun, and yes, we can all agree that this is hardly an ideal situation. But that’s why the cats long ago built a series of Cat Machines in order to correct the earth’s orbit, by having colourful cats ride around on trains. It is all very scientific. And adorable
At long last, The Cat Machine allows the player to step into the shoes of the cat (yes, a shoe-wearing cat) tasked with designing those Cat Machines and saving the earth from being devoured by the sun. Guided by the enigmatic Science Cat, intrepid players must solve more than fifty logical puzzles, laying tracks for a host of possibly-magical cats to ride along. Get a cat travelling along the right path, and it’ll fly away to freedom, and thus, the planet continues to spin for another day. It’s probably best you don’t mess up.