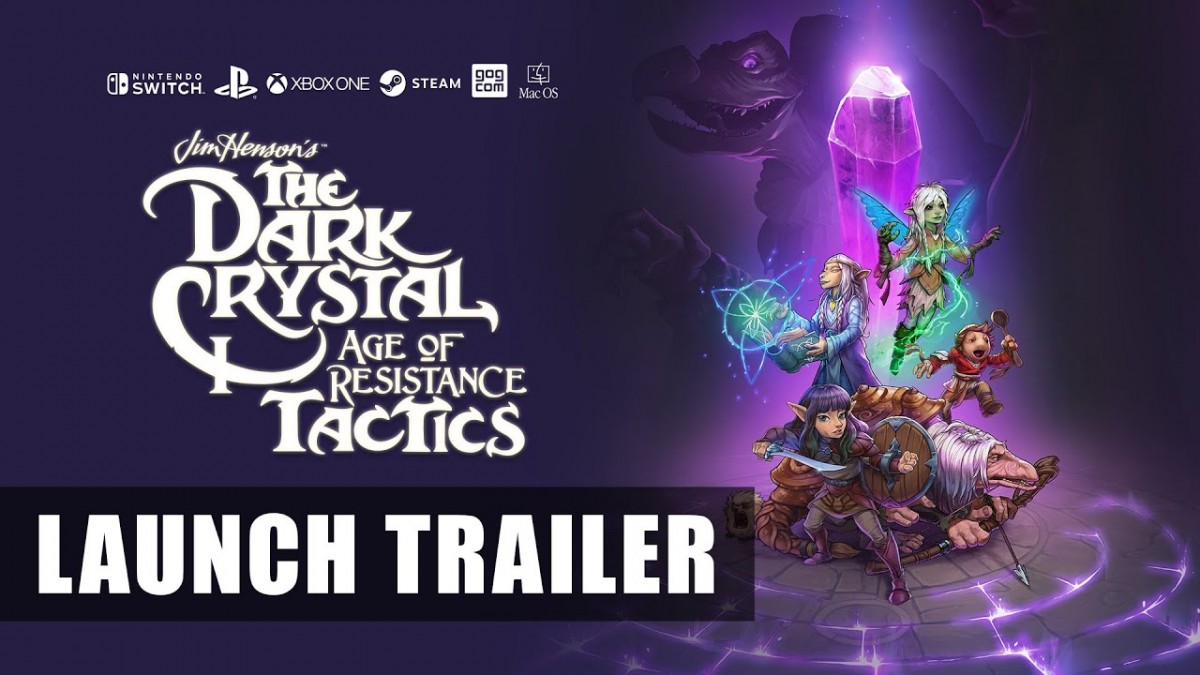 En Masse Entertainment, a player-focused publisher dedicated to delivering great games and service, launched The Dark Crystal: Age of Resistance Tactics, a strategy RPG based on the Netflix Original Series. The game is available on the Nintendo Switch™ system, PlayStation®4 computer entertainment system, Xbox One family of devices including the Xbox One X, and Windows/Mac via Steam, GOG.com, and the En Masse Launcher.

Developed by BonusXP and in collaboration with Netflix, The Dark Crystal: Age of Resistance Tactics faithfully reimagines the world of The Dark Crystal as a tactical strategy game; providing tactical depth for genre veterans, while still remaining easy to approach for those newer to turn-based-tactics titles.

Players lead a fledgling Gelfling resistance against their oppressive overlords, the Skeksis, in an expansive fantasy story set in the vibrant world of Thra. Only by assembling a team of heroes, mastering the battlefield, and uniting the clans will the Darkening brought on by the Skeksis finally be vanquished.

Published by En Masse Entertainment and developed by BonusXP, The Dark Crystal: Age of Resistance Tactics launched digitally in 10 languages for Nintendo Switch™, PS4™ system, Xbox One, and Windows/Mac via Steam, GOG.com, and the En Masse Launcher. The title has been rated “E for Everyone” by the ESRB.