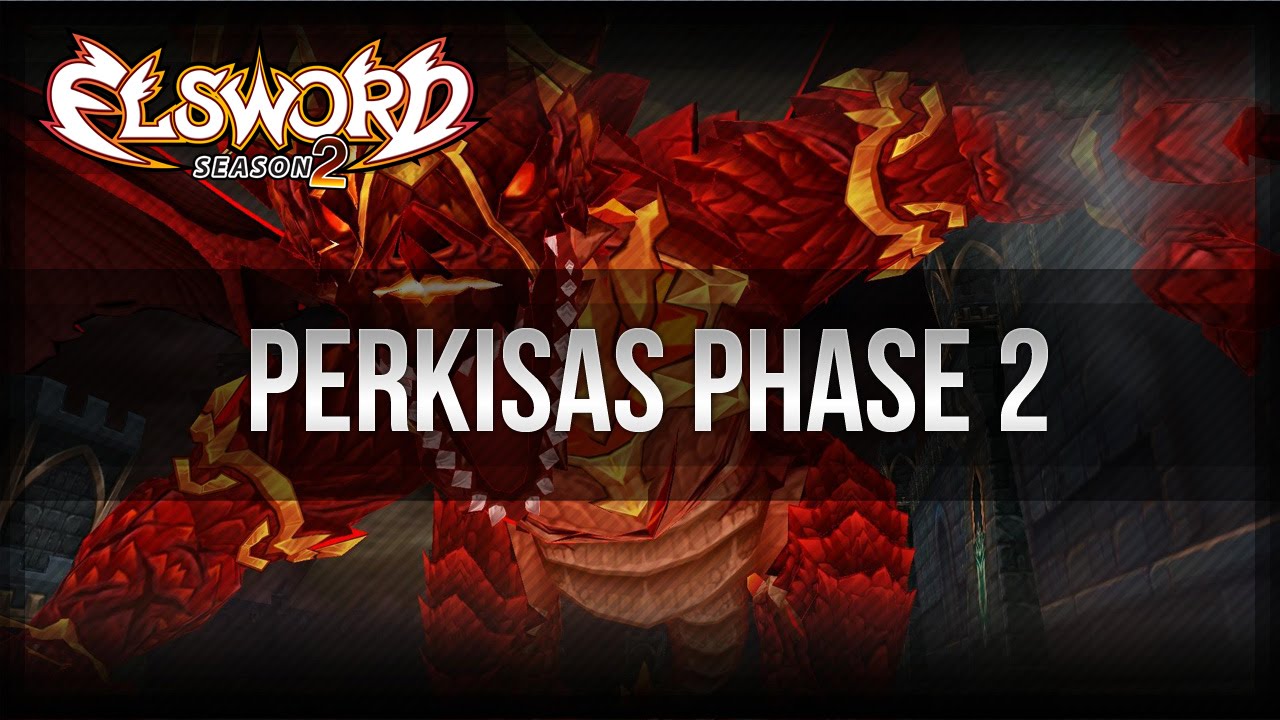 Elsword and the El Search Party reach the top of the forsaken castle’s ruins in Ancient Elian, having just survived Perkisas’s first trial. Enraged, the red dragon takes to the air and goes on another terrible rampage. The adventurers will need to do more than their own weapons are capable of, in order to take the furious beast down.

Perkisas Phase 2 changes the whole Perkisas Raid Boss encounter to a newer and more difficult level. Right from the start of the Phase, Perkisas charges at adventurers using a volley of new attacks such as map wide fire breathe that can only be dodged by hair, fireballs and dragon jaw snapping bites! Once the encounter progresses, players will encounter a change of pace as Perkisas takes to the air and attacks adventurers head on with a full hands and head encounter. Adventurers will need to dodge and get their hits in at the most opportune time.

During this phase, Perkisas not only fights on the ground, but also in the air. Perkisas will take to the air to reign down fireballs onto adventurers, while players will need to use the supplied balllista’s to do enough damage and stop his flight. Players who progress and do enough damage to qualify for Perkias Ranks, will be treated to rewards.