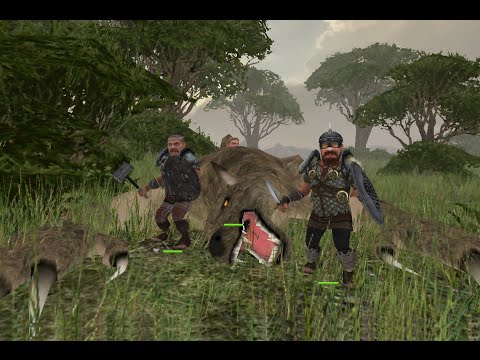 1GAMES released “4Force Online,” a raid action adventure game to hunt gigantic boss monsters in real-time with players from all over the world.

4Force Online is a raid action game in which players in 4 camps (knight, troll, dwarf, and barbarian) that have different features and characters hunt gigantic monsters in the Hell Gate and demon dungeon. Various boss-level monsters appear depending on the level of difficulty, and players can meet 50 kinds of mythical monsters including wyvern, an ancient dinosaur, as well as gargoyle, golem, and Cyclopes.

Each boss raid has more powerful and terrifying gigantic monsters as the level increases, and players can hunt them together through a party or on their own by opening a secret room.
Also, they can hunt animals such as rabbits, snakes, and lions in a general map or enjoy PVP with players in other camps. By allocating the points they gain through monster hunting and PVP battle to attack, defense, speed, and stamina, they can raise their own unique characters.

One thing to note is that when players are in an emergency situation, they can have group battles by summoning other players in their own camps or through teleportation. Another differentiating factor is that players can own and raise combative pets that they can hunt or fight in battles together.