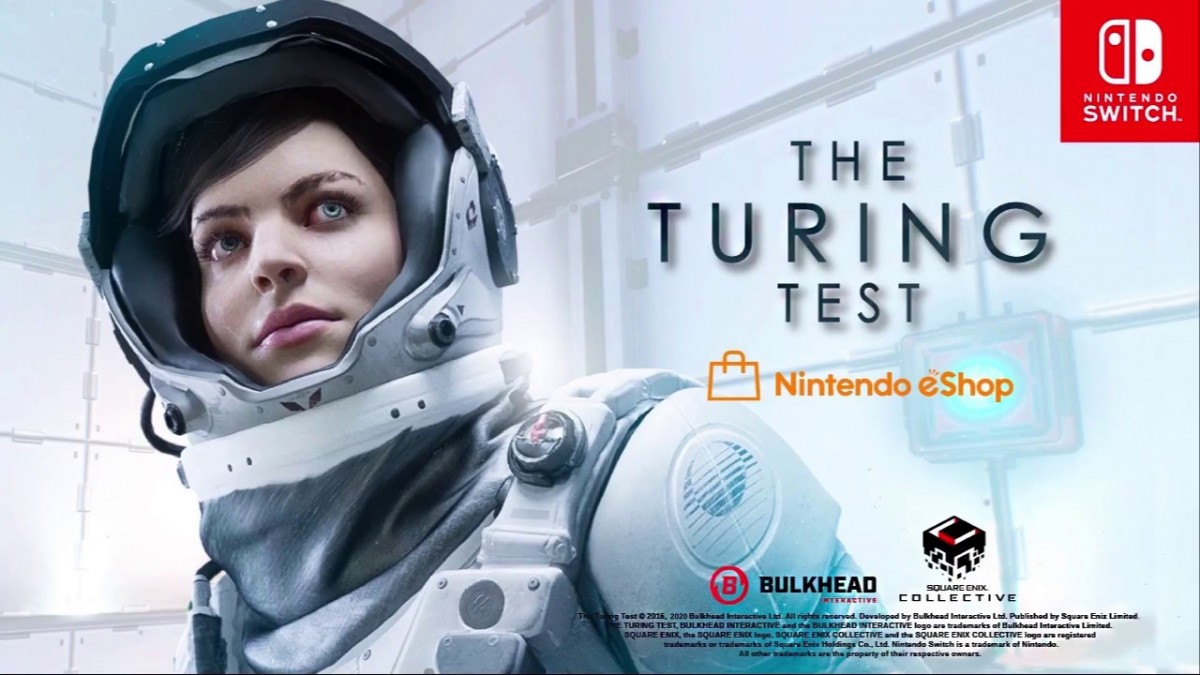 Square Enix Collective® announced that The Turing Test™ has launched for Nintendo Switch™, players can now experience this challenging puzzler game at home or on-the-go.

The Turing Test is a first person puzzle game in which you play as Ava Turing, an engineer for the International Space Agency (ISA) as she tries to uncover the truth behind the disappearance of the rest of her crew.

The Turing Test is available on Steam for Windows and PlayStation 4™. The game is now available on Nintendo Switch™

More About The Turing Test

The Turing Test is a challenging first-person puzzle game set on Jupiter’s moon, Europa. You are Ava Turing, an engineer for the International Space Agency (ISA) sent to discover the cause behind the disappearance of the ground crew stationed there.

Upon arrival a series of puzzles awaits you – tests which, according to the station’s AI, Tom, can only be solved by a human. These puzzles have apparently been set by the missing ground crew – but why have they created them and what are they hiding from?

In an evolving story based on mankind’s instinctual need to explore, protect and survive, you’ll delve deeper into Europa’s ice crusted-core and discover that the lines between man and machine begin to blur. Armed with the Energy Manipulation Tool (EMT), solve puzzles to open the way forward as you learn the true cost of human morality.