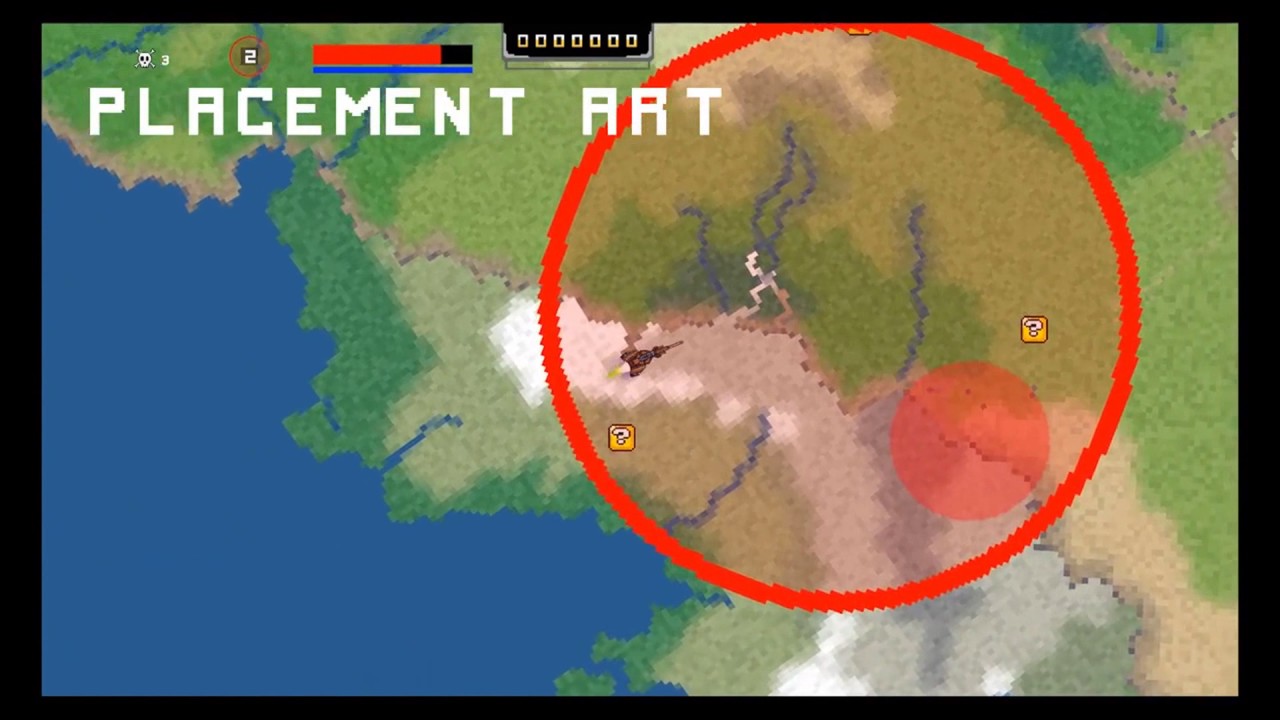 Higher Eclectic Ground – Introducing The Worldmap, a top-down, shoot ’em up game-play mode that will serve as a connect between Abadon: Rise’s various side-scrolling, platformed levels.

As Vanguardians tasked with liberating the planet of Abadon from an extra-terrestrial invasion, players must visit multiple locations/levels and complete specific objectives therein to advance the game’s narrative.

With players granted control of their mother-ship, Aegis, The Worldmap essentially lets one traverse the planet in top-down view, explore randomly generated locations and choose to complete them or head to a different level altogether. Breaking down a functioning prototype of the new mode in the video above,

Lead Designer Scott Bowser explains —
‘We wanted it to offer a unique and engaging way to choose next levels/objectives that feels significant and entertaining, without being too much or overly hard on the player — which the objectives of the platformed sections of the game tend to be.’

The Worldmap will additionally feature its own set of missions, collectables, enemies and system of progression apart from Abadon’s 2D platformed levels. Furthermore although the prototype demonstrates placeholder art, the mode will eventually feature updated scenery, variations of enemies and visually diverse locations in the vein of the game’s primary art style.
‘Artist Andrew Ganzales will be working on that, as well as the next level we have in the queue,’ continues Bowser, ‘but only after we finish the City level which we’re currently having issues getting to look right. Hopefully, we should have the Worldmap playable by the summer.’

With Ganzales replacing Charles Ferguson-Avery as Lead Artist Illustrator on the Ummagumma team preceding the game’s co-op teaser reveal last year, development pace had admittedly hit a speed-bump through the holidays.
‘We’ve also gone through multiple iterations of the City Level because we can’t seem to get something that we like. ‘ Bowser admits. ‘Since then, there has been a lot of bug fixing, testing, and working on the Worldmap. The Worldmap, being its own game essentially, has taken up most of the development time in order to lay the foundation to build the rest of it upon. We’ve also been designing new characters and how they will be playing.’

About Abadon: Guardians Rise
Set against the backdrop of a mysterious extra-terrestrial infestation, Abadon: Guardian’s Rise is a 2D platformed, Roguelite tale of an elite planetary defense task-force in development by Ummagumma Games.

With features such as that of uniquely customizable characters and dynamically structured levels, vicious enemy design, co-operative game play and a demanding narrative comprised of multiple play-through’s, players must rush to restore their decimated squad of Vanguardians and recover the Planet of Abadon from the clutches of alien originated violence.

Abadon: Guardians Rise is in development for a PC launch, with a potential Xbox One debut being considered as well. The team is currently aiming for a release of the game’s Vertical Slice — demonstrative of its base mechanics, a fraction of its character and level roster — sometime during 2017.