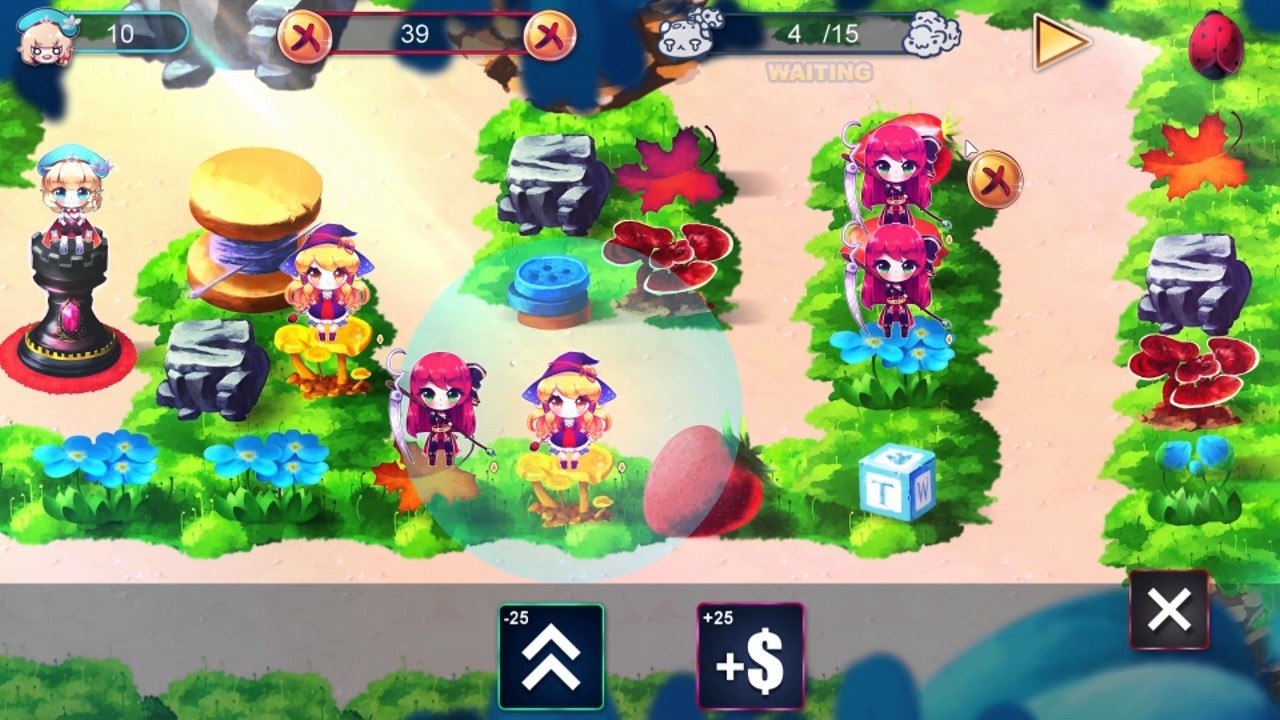 Higher Eclectic Ground – Visitors to the Downloads section of the official TinyWars development blog may now avail of both Windows PC and Android versions of its gameplay prototype.

An anime-themed sample of the main game’s tower defense engine, the prototype tasks players with protecting protagonist Mary against an onslaught of enemy attack across 15 waves.

They must do so in typical tower defense fashion, strategically placing Melee/Fire units to take down the foe, all while upgrading and/or purchasing new units using procured currency to survive all 15 waves.

While specific waves can also be retried upon failure, the prototype also comprises of a Tiny War – a periodic occurrence wherein ‘Dark Magic’ takes over, the level switches to a darker variation of itself and players are prohibited from using the ‘Retry Wave’ feature for a pre-determined number of waves.

‘Don’t let the cute anime girls or fun music distract you, this game is anything but easy!’ writes Lead Developer Andrew Taraba, amplifying a point that has been brought up by numerous participants of the prototype’s preceding closed beta that ran between October-November.

‘Many of our beta testers have voiced concerns that the prototype is too difficult, while those who have had experience with tower defense in the past will find themselves at home with this game.’


‘We have created a tutorial that will help those who have experienced difficulty with our project get past the first 4 waves with perfect HP.’

It is also important to keep in mind that the prototype is not a complete representation of the main game; all narrative aspects are absent, while technical glitches, bugs and inconsistencies should be expected.

‘The prototype may not sound like such an exciting thing at first’, continues Taraba. ‘But once you get into the waves and begin to be invested in the integrity of your castle, you will certainly grow excited as you experiment with the waves and try different unit layouts.’

Expect a closer look at the progress being made by the main game meanwhile over the forthcoming weeks.