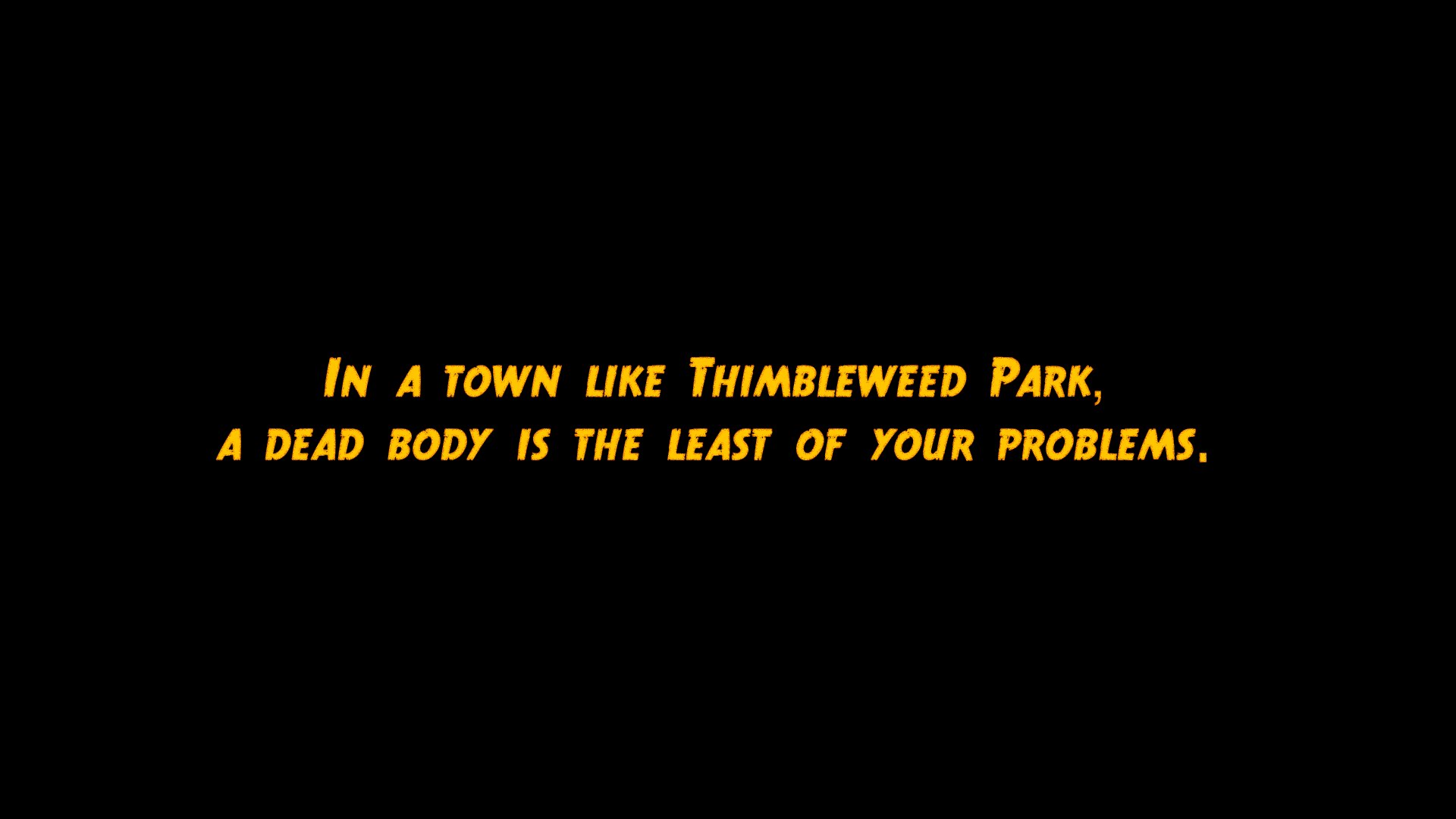 After two years of sharing all of the gritty details of Thimbleweed Park’s development with Kickstarter backers and curious bystanders, Ron Gilbert, Gary Winnick, and the rest of Team Thimbleweed are excited to announce a March 30 release date for Windows, Mac, Xbox One, and Linux.

A haunted hotel, an abandoned circus, a burnt-out pillow factory, a dead body pixelating under the bridge, toilets that run on vacuum tubes… you’ve never visited a place like this before.

Five people with nothing in common have been drawn to this rundown, forgotten town. They don’t know it yet, but they are all deeply connected. And they’re being watched.

…Who is Agent Ray really working for and will she get what they want?
…What does Junior Agent Reyes know about a 20 year old factory fire that he’s not saying?
…Will the ghost, Franklin, get to speak to his daughter again?
…Will Ransome the *Beeping* Clown ever become a decent human being?
…Will aspiring game developer Delores abandon her dreams and stick by her family?
…And most importantly: how come no one cares about that dead body?

By the end of a long, strange night in Thimbleweed Park, all of this will be answered – and you’ll question everything you thought you knew.

In a town like Thimbleweed Park, a dead body is the least of your problems. Switch between five playable characters to uncover the surreal secrets of this strange town in a modern mystery adventure game from the creators of Monkey Island and Maniac Mansion. The deeper you go, the weirder it gets.