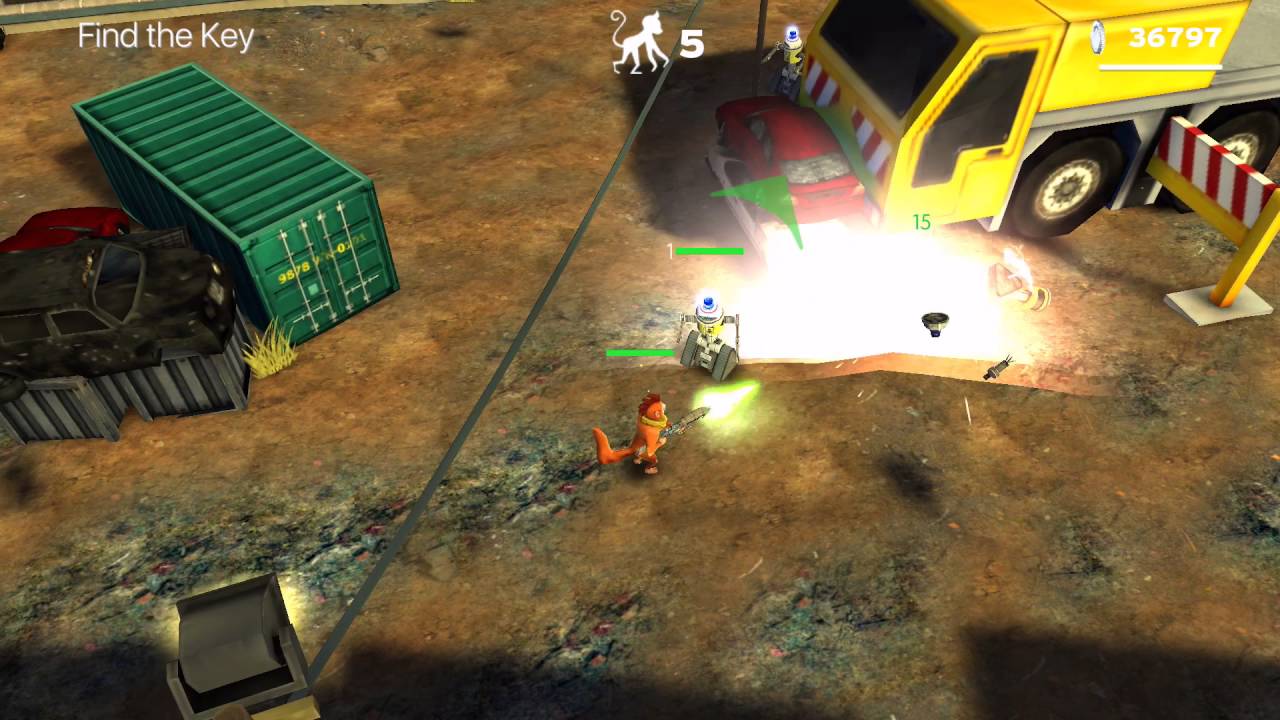 Time Monkeys was designed by Andrew Graham and is his first original title since the global hit Micro Machines games. It’s a 3D action adventure with an innovative time rewind co-op gameplay mechanic, enabling players to build up an army of gun-wielding ghost monkeys. Featuring 36 levels of stunning arcade quality graphics, 25 heavy duty weapons, a huge variety of enemies, bosses, and a mixture of combat, stealth and puzzle gameplay, it is the definitive arcade shooter for Apple TV.

“For a long time we hoped that Apple would bring out a device which is capable of playing high quality, console games on TV,” said David Darling, CEO. “Once the latest generation Apple TV with its App Store was announced we knew we had the perfect game for it.”

David added, “Time Monkeys has been in development for three years and is the first release from Kwalee for some time. We’re tremendously excited by its potential, the graphics are great and the gameplay is so engaging. Andrew Graham and the development team have implemented a unique gameplay mechanic into a familiar genre and the results are amazing!”

The gameplay is a combination of time travel, destruction and chaotic combat with rapid aiming and shooting using a variety of light and heavy weapons combined with level based adventure and puzzle solving.

Time Monkeys is free to download and play exclusively for Apple TV and supports both the Siri Remote and gamepads.