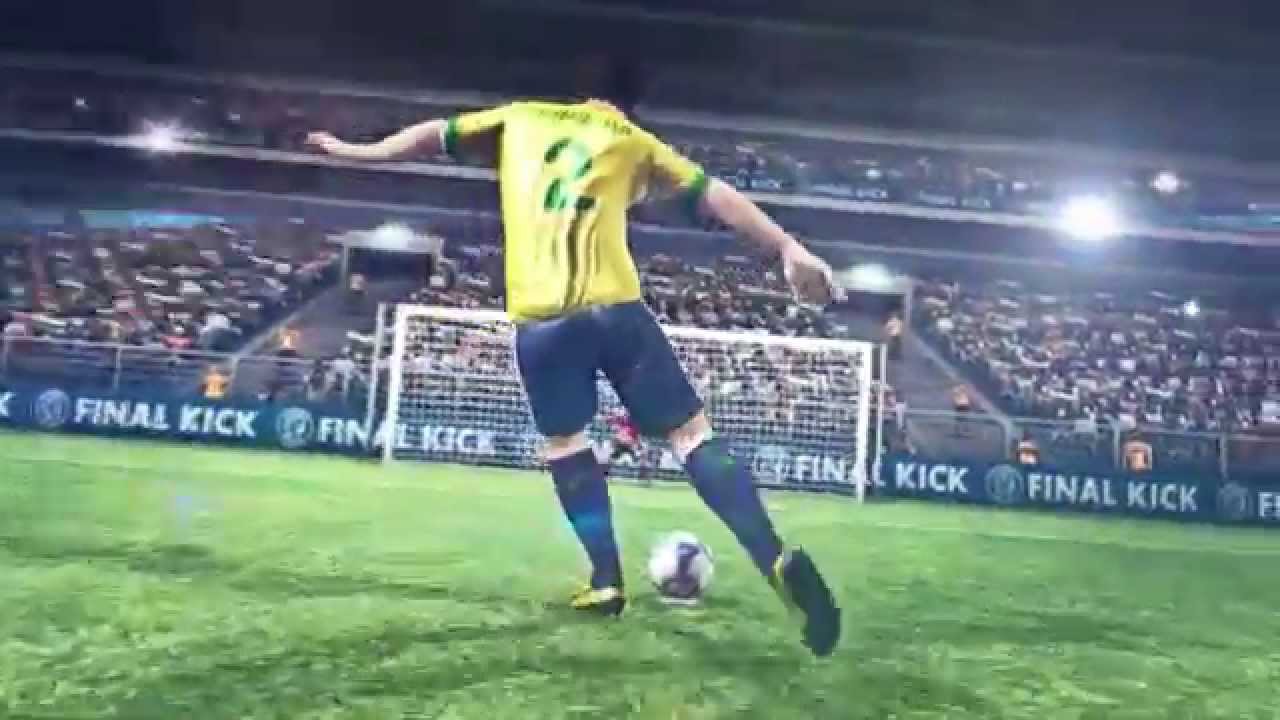 Available on the iOS®, Google Play™ and Amazon™ digital app stores beginning today, ‘Final Kick’ has been released as a FREE download just in time for World Cup 2014 kicking off in Brazil on June 12th, 2014. Developed in a joint collaboration between indie developers ‘Ivanovich Games’ and ‘Dark Curry’, ‘Final Kick’ is a compelling penalty shootout, in which players decide the final outcome of competing teams. In the game, players get to experience the incredibly tense moments of penalty shootouts, competing against the very best of opponents. Perform spectacular saves and score unforgettable goals in a highly realistic environment packed full of features.

‘Final Kick’ offers stunning graphics, realistic physics, and highly intuitive easy-to-use controls. After each score, save, or miss, watch the shootout from a variety of slow-motion replays and camera angles. Featuring single-player as well as multi-player gameplay modes, play against a friend or compete against a random opponent to discover who is worthy of the trophy in a matter of minutes. As an added bonus, 20 local offline tournaments with more than 100 of the best teams to beat are included! Player customization is included as well; create your very own dream-team by tailoring details of each player, and improve player skills for better performance! There is even real-life weekly tournaments with prizes to win, adding to an already action-packed soccer experience.