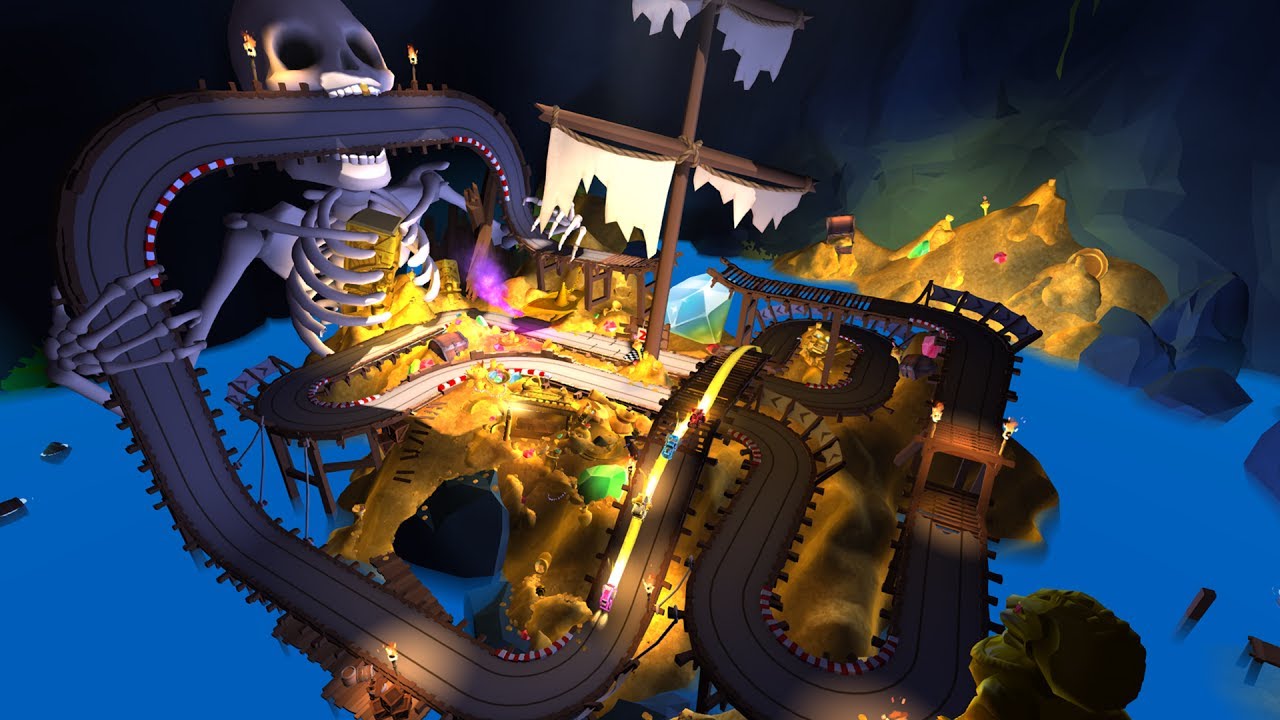 The game, from Award-winning Brighton-based studio FuturLab (Velocity 2X), immerses players in stunning virtual worlds surrounded by a variety of epic toy racing tracks, allowing them to control tiny cars from a child’s perspective, and watch them boost around their body, jump overhead and drift around bends.

A drifting/boost-recharge mechanic means Tiny Trax is easy to pick up, but challenging to master. Importantly, the player remains static in the virtual world, while they control the action going on around them, resulting in extremely comfortable and satisfying gameplay.

The game also boasts online multiplayer functionality for up to four players, with 12 tracks across three environments – Tropical, Fire & Ice and Outer Space – and six vehicles to choose from.

Tiny Trax received a hugely positive reception when it featured as part of PlayStation’s presence at E3 in June, encompassing the official press event, a place on the PlayStation booth and the platform holder’s first ever VR livestream.

“We’re tremendously excited that Tiny Trax is now available for PlayStation VR,” said FuturLab Director James Marsden. “VR is still a new concept to a lot of people, so we strived to make a game where all the environments evoke emotions of comfort and excitement. In Tiny Trax you play as a full-sized adult in a tiny world with even smaller cars – It’s a hugely compelling and re-playable game that we hope brings a new perspective to VR.”