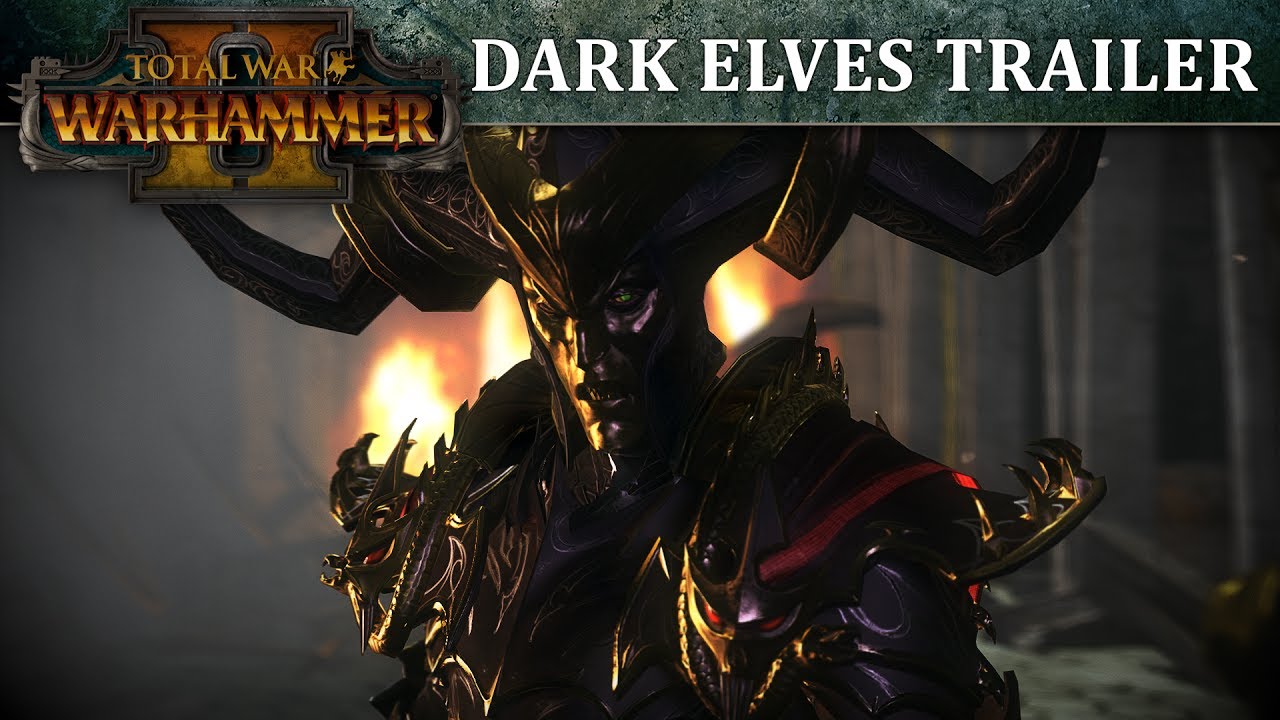 Even the noblest warrior casts a dark shadow, and so it is with the race of Elves. The High Elves may be paragons of virtue, but their closest kin represent all that is foul and depraved in the Elven soul.

Led from the obsidian wastes of Naggaroth by the Witch King Malekith and his sadistic mother Morathi, the Dark Elves are hell-bent on the humiliation and destruction of their orderly brothers, and ultimate control of the Great Vortex in Ulthuan.

The third of Total War: WARHAMMER II’s four playable races to be revealed so far, the Dark Elves offer a ferocious new gameplay style. Swift to strike – and brutal to a fault – they’re capable of tearing down an enemy’s defences in a trice, provided they sustain their Murderous Prowess. However, a Dark Elf leader must preserve his alpha status in the eyes of his lesser generals and keep an iron grip on their loyalty, lest their self-serving, glory-seeking nature leads to treachery!