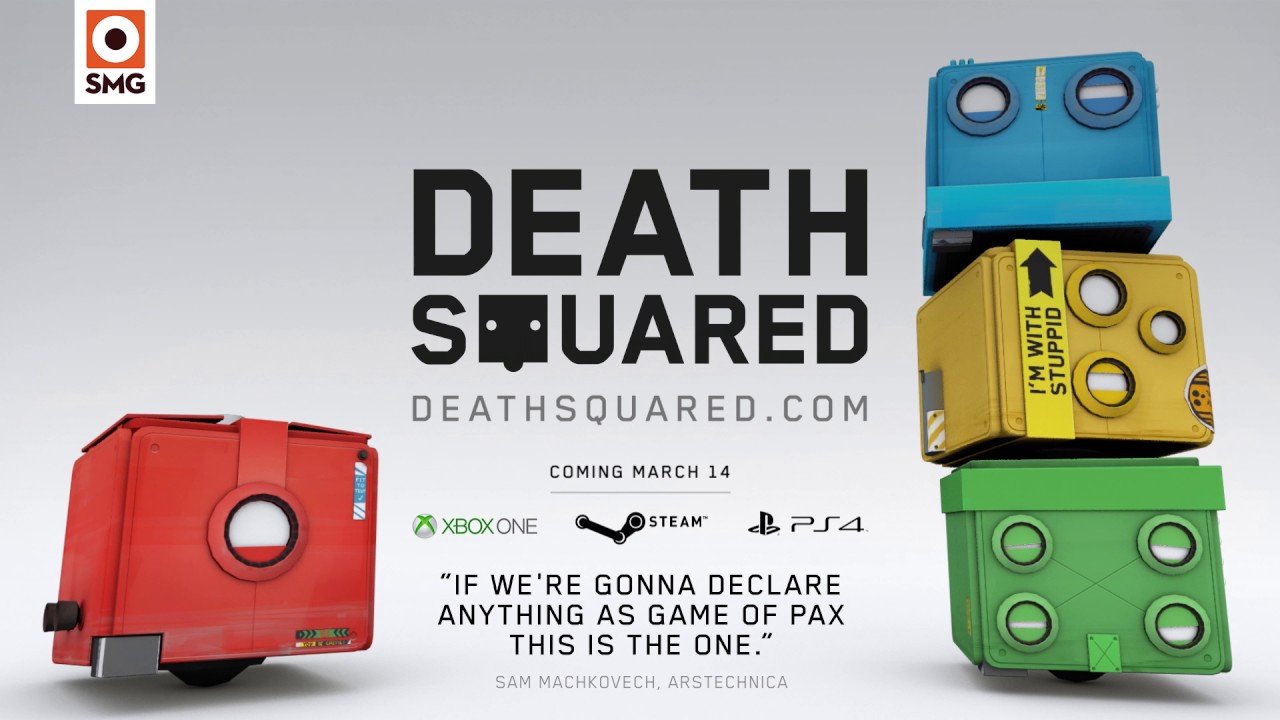 Death Squared, the couch co-operative puzzler where a team of robots work together to escape an ominous laboratory, is now available for Nintendo Switch.

Grab a Joy-Con and guide up to four cuboid companions through a gauntlet of treacherous test chambers. To reach safety, each player must hit their color-coded waypoint, but hidden dangers such as lasers, spikes and other devious devices are scattered throughout each stage.

With puzzles designed around cooperation, requiring every player to survive for the group to advance, one false step can send the whole team back to square one. Luckily, each misstep comes with an instant respawn allowing groups to quickly put newfound information to use.

“With easy-to-use controls, Death Squared was designed as an accessible experience for hardcore players and non-gamers alike,” said Patrick Cook, lead designer, SMG Studio. “I created it so I could have something to play with my family. And now with Nintendo Switch, everyone can simply share a Joy-Con with a child, grandparent or friend, and enjoy our couch co-op puzzler wherever life takes them.”