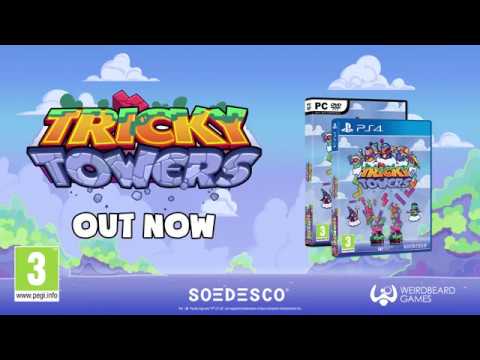 The boxed version of Weirdbeard Games’ physics-based tower building game Tricky Towers has hit the shelves for PlayStation® 4 and PC.

About the game
Tricky Towers is a physics-based tower building game. Players have to stack falling bricks to create a stable structure, but at the same time they have to try to topple the towers of their opponents. To spice things up in this frantic party game, players can use magic to support their own structure, but they also have to fend off dark spells cast by their rivals.