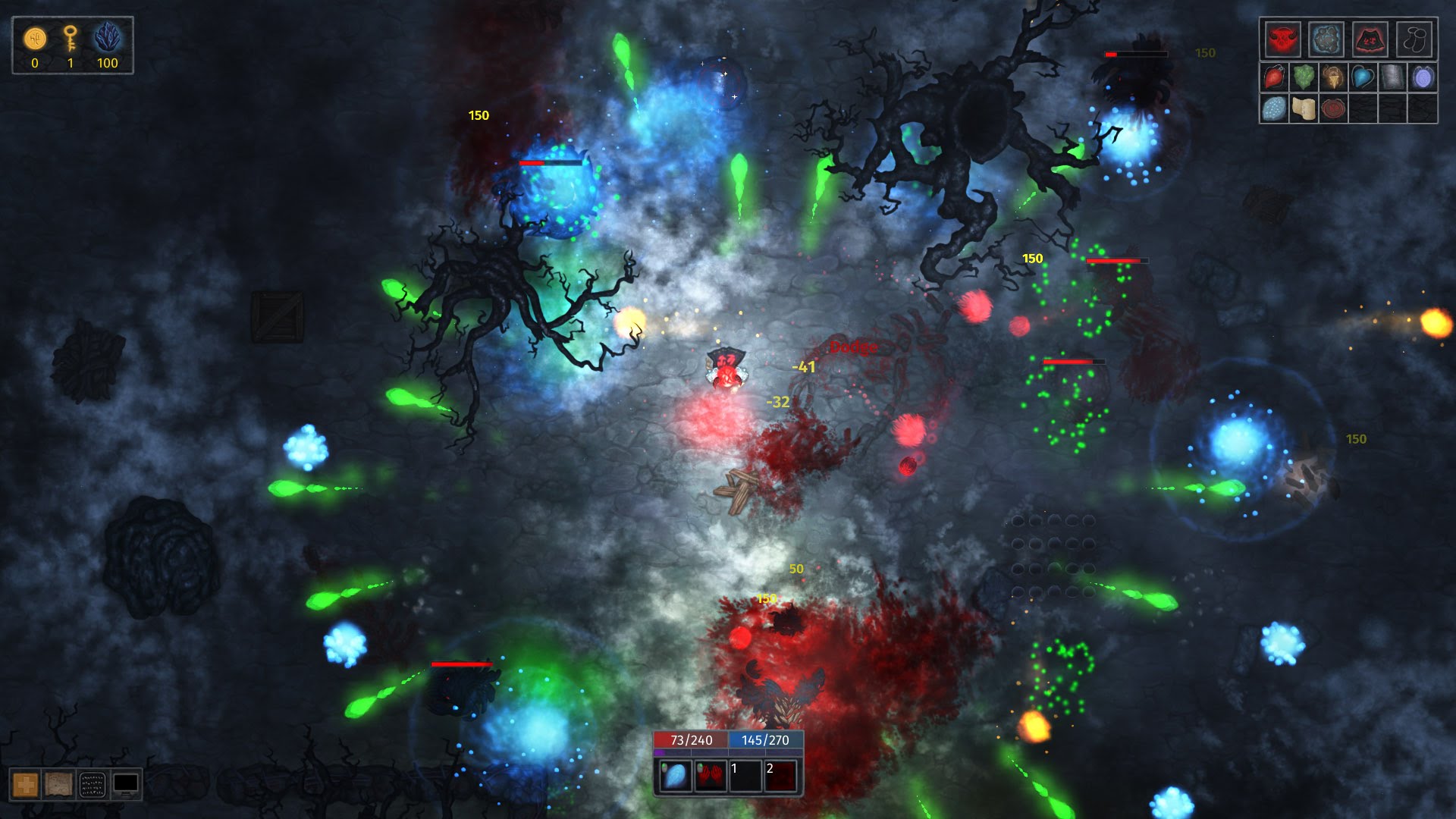 Razenroth features main character Charles Carter on a rescue mission to solve the mysterious disappearance of Joseph, his grandfather. You play the role of Charles and your only clue is a note of despair left in an abandoned hut in the Valley of Whispers. Unless you find a way to discover the whereabouts of Joseph, he will be stuck in the world of nightmares, inhabited by horrifying creatures!

Razenroth is a single-player game with a dark atmosphere, enriched with the elements of roguelike and RPG. The levels in the game, its weather conditions and the distribution of key-elements and objects are random, creating a unique gameplay session each play. On your quest, you will encounter dozens of dangerous creatures and ultimately engage in epic boss-fights. Thankfully, weapons and other objects and tools are available, such as magic spells, skills, potions, a book of spells and many other useful items.

Razenroth includes 200+ objects and dozens of creatures. To prevail and win, you must partake in challenging and difficult tasks, which in turn rewards you with valuable objects and items required to proceed. You will travel through dark forests, rainy marshlands, dark caves and even scary graveyards along the way. When the time comes to level up, your safe house has an option to buy keys, obtain magical potions and the ability to heal. Unlockable characters become available, each offering different stats and skills such as HP, Mana, speed, armor, spells and more. Razenroth has plenty of customization extending the adventure.