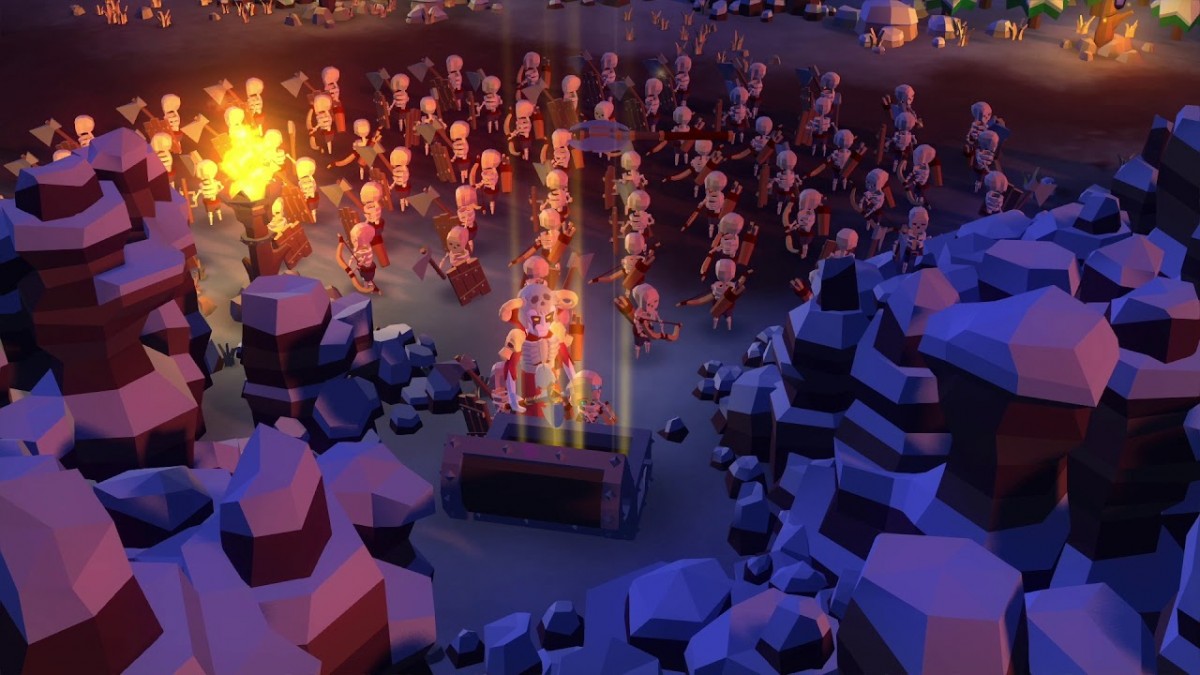 Multi-platform game developer and publisher 10tons releases Undead Horde on iOS . Undead Horde is an action RPG with RTS influenced necromancer mechanics for re-animating and commanding a horde of minions. The discounted launch price on iOS is USD 5.99 / EUR 6.99. The full price is USD 9.99 / EUR 10.99.

“As Undead Horde comes from a the console and PC world we wanted to improve our gamepad support for this release. With iOS 13 we can now support Xbox One and PS4 gamepads which many people have already. You should definitely try the new controller support if you have one those console gamepads. The game has already gained a lot of fans on PC and consoles. Hopefully it finds an audience on mobile as well.”, said Sampo Töyssy, the lead developer of Undead Horde at 10tons.

The main hook of Undead Horde is the deeply integrated necromancy. The Necromancer can re-animate almost any dead creature he encounters. The army can be also commanded to attack or follow.

Necromancer’s army comes from multiple sources including the corpses in the battlefield, graves, and ultimately summoning statues. Statues must be unlocked before they can be used. The only limiting factor is the command capacity of the Necromancer. The command capacity can be increased in various ways.

Undead Horde is set in a fantasy world where the living have driven the undead into exile and the main protagonist Orcen the Necromancer was imprisoned in a magical urn by the paladins. The story starts as a cavalier chicken accidentally breaks the urn and releases the prisoner. Once free, Orcen needs to raise the dead to form his army and take back the world from the paladins and the living.

In addition to necromancery, the Necromancer can use various weapons and items. The items provide numerous options for boosting the minions and the necromancer. Items are procedurally generated and an endless amount of interesting items and combos can be discovered.