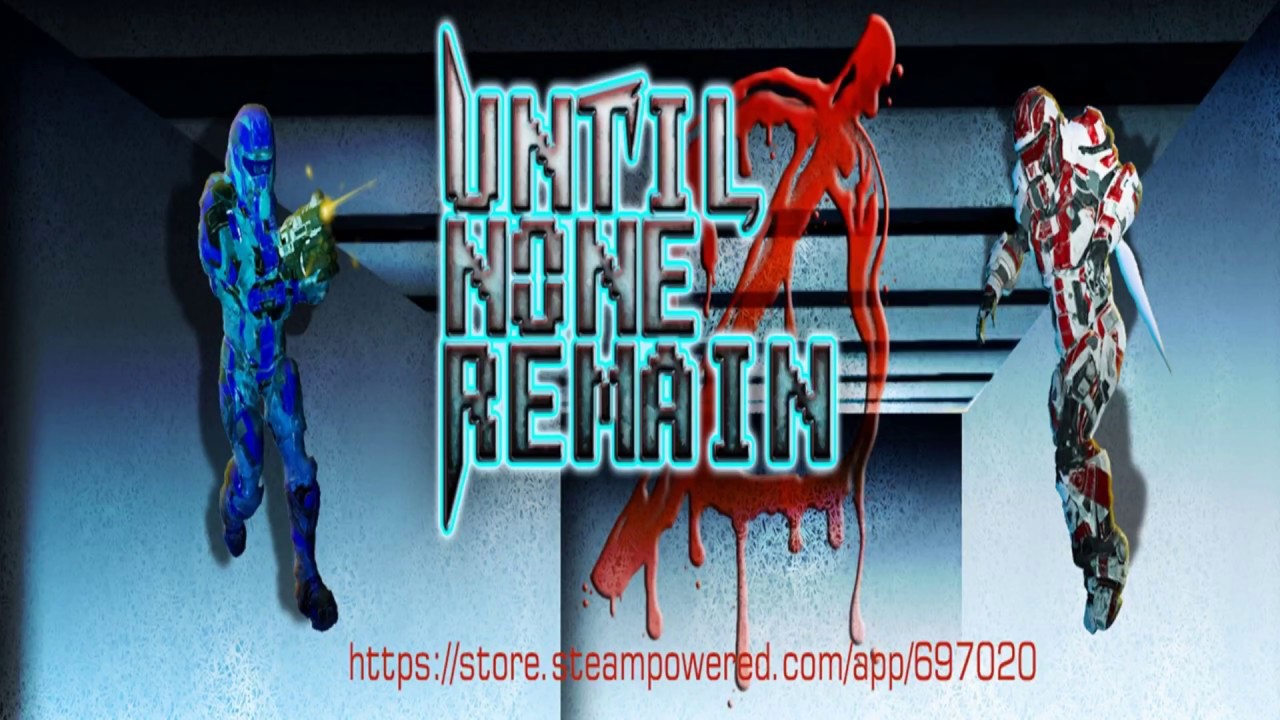 Until None Remain is a futuristic multiplayer first person shooter in a Battle Royale or Last Man Standing format. Matches pit weaponless players against one another in a death match that continues until only one player remains. Players must rush to acquire weapons, armor, or specialty items such as jet packs, or traps. Scale walls or objects using magnetized gloves, jet around the arena in a jet pack, and interact with an environment that includes turrets, explosive containers, noxious gases, and more!

Action takes place on a competitive map with poisonous gases which will push the players inward every five minutes. Matches will last for a maximum of 15 minutes, or until only one player remains. Players will be automatically matched for quick action and will be able to practice in an offline lobby. Matches will take a maximum of five minutes to begin. If a match has not filled up its slots by that time it will fill out the match with AI controlled players.

Until None Remain supports both Oculus Rift and HTC Vive headsets. A non-VR version of the game is planned in the future.