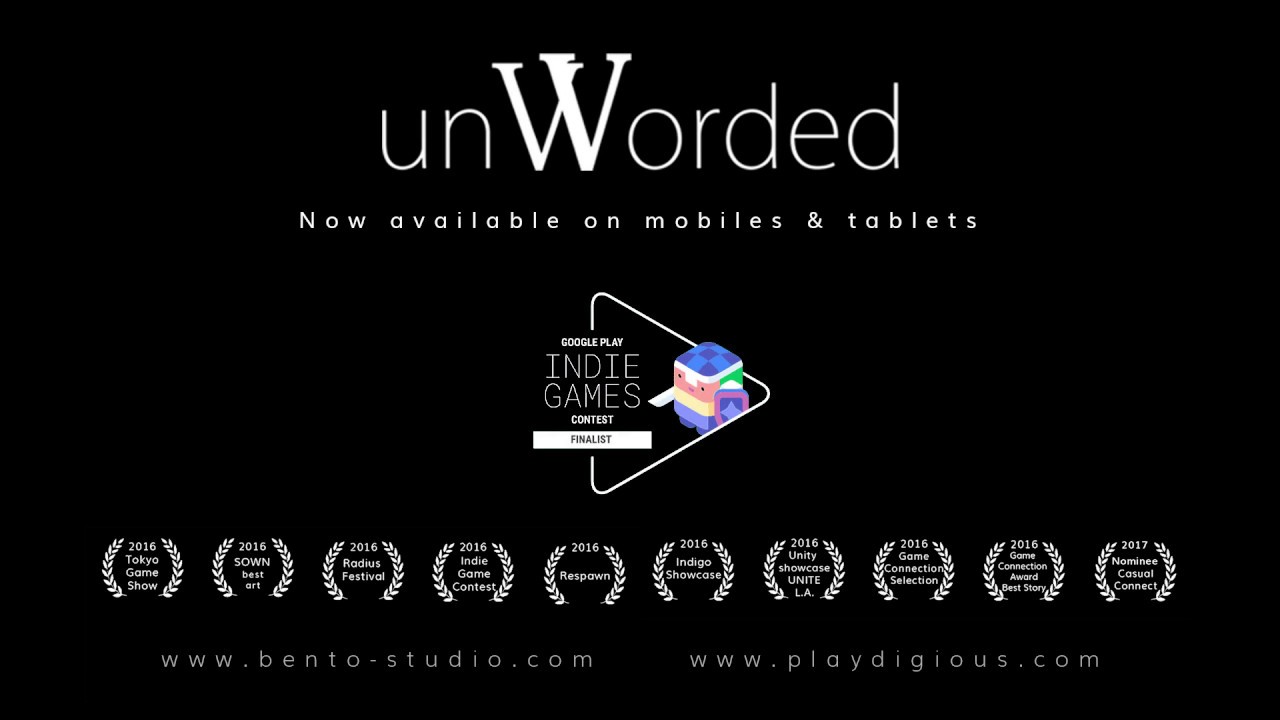 Playdigious, the mobile publisher of the hit indie games Mini Metro and Evoland, and Bento Studio, the award-winning studio behind the mind-bending narrative puzzler unWorded, are thrilled to announce that the letter-based adventures from unWorded are taking shape on Android mobiles and tablets as of today, February the 16th, 2017.

unWorded is a wordy narrative game where everything is built from letters. Launched on iTunes in November 2016, unWorded has won many indie game awards ever since thanks to its minimal yet visually-striking art style and its unique gameplay in which players arrange letters and punctuation signs scattered on a canvas into objects connected to the story content. Use your imagination, dive into the damaged mind of a writer and discover his inner creative world through strange and wondrous tales. Think outside of the box, drag letters and signs around to form pictures worth thousand words.

Divided into five books tracing back the author memories, Unworded is a unique, emotionnaly-engaging and story-driven indie masterpiece that appeals to the inner workings of human complex minds with its poetic and dreamlike puzzles full of letters.

« unWorded is the kind of game that makes you feel like the mobile industry is still full of resources when it comes to game concepts. As a publisher, we are extremely proud to offer such a sensitive experience to Android players » says Xavier Liard, CEO at Playdigious.

UnWorded is hitting Google Play as of today, February the 16th 2017, as a premium title for 3,99€ / $3,99. Awarded multiple times, the game is among the finalists for the Google Play Indie Games Contest.