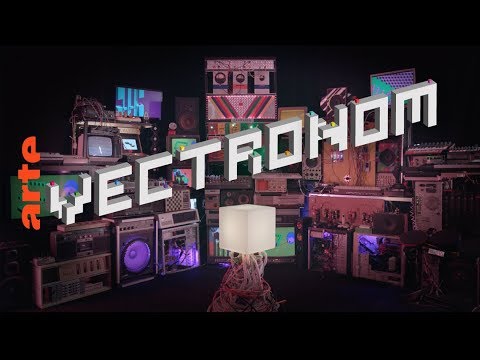 Publisher and co-producer ARTE along with the German indie game studio Ludopium are thrilled to launch their rhythm-based 3D platformer Vectronom on mobile today. The game is available on both iOS and Android for $3.99 / £3.99 / €4.49.

Vectronom is an award-winning hypnotic puzzle game about music, geometry and flow. Players synchronize the movements of a cube to a frenetic beat, across an ever-changing geometric environment pulsing with music. The soundtrack has been produced by Ludopium, a creative force in electronic music.

The colorful whirlwind of memorizing rhythmic riddles challenges the players three-dimensional thinking with a difficulty that increases as quickly as their fingers can move. Obstacles change in sync with music as this colorful madness gets harder from level to level, challenging the player’s three-dimensional thinking. The mobile version also includes a number of colorblind modes that players can enable on their own device.

For those who prefer to play in groups, Ludopium have carried Vectronom’s thrilling local multiplayer mode to the mobile version. Up to 4 players can compete with just one device, as the game supports external controllers to be hooked up to spice up the gameplay.

Vectronom is also available on Windows and Mac via Steam and Nintendo Switch. The game won the Best In Play award at the 2019 Game Developers Conference in San Francisco and was selected for the 2019 IndieCade Europe.