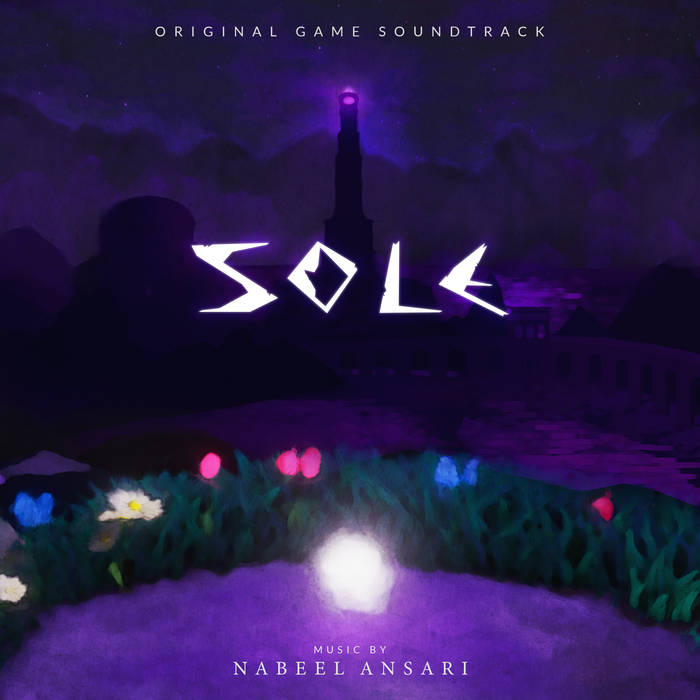 Materia Collective is thrilled to make available the Sole (Original Game Soundtrack) by composer Nabeel Ansari. Making his debut as a videogame composer, Ansari demonstrates exceptional growth and skill in the crafting of this mesmerizing orchestral journey which accompanies a surreal adventure centered on the mysteries of an ancient civilization using a clever darkness and light gameplay mechanic. Sole (Original Game Soundtrack)  is available wherever digital music is sold:
Sole (Original Game Soundtrack) on All Storefronts
“Writing the score to Sole has been a long personal journey, and very much parallels the narrative mechanic of the game itself,” reflects composer Nabeel Ansari. “The direction and tone have changed drastically throughout the five year process, ironically settling back onto the initial vision we had long ago, which was to create a work paying tribute to the renaissance of aesthetic-driven or ‘art’ games like Journey, whose composer, Austin Wintory, served as a mentor to me throughout the scoring process. I also delved deep into my personal philosophy, re-examining my notions of artistic merit, originality, perfectionism, and self-acceptance. I think I definitely needed those many years of growth and self-discovery in order to finally make the full circle and make this score my own.”
Key themes include the bouncy river sequence, “Memories Rushing By,” featuring live performers Michaela Nachtigall on violin, Kristin Naigus on bass flute, oboe, and english horn, and Laura Intravia on alto flute, flute, and piccolo. The mountain region littered with ruins from an ancient civilization is accompanied by the contemplative “Scholars Long Gone,” also featuring Intravia, Naigus, and choral singing.
Sole is a surreal adventure game where players become the only source of light in a world shrouded in darkness. Wander through uninhabited environments, painting the land with light, and uncover its mysterious past. Explore the remnants of great cities and discover the history of an ancient civilization on a journey to restore life to an abandoned world. Sole is available now on Steam.