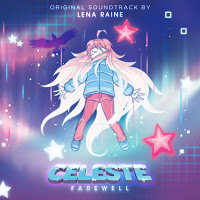 Materia Collective is thrilled to release the Celeste: Farewell (Original Soundtrack) by composer Lena Raine. Following up 2018’s acclaimed indie darling and ASCAP Video Game Score of the Year, Farewell offers a full album’s-worth of material, giving fans so much more of what they loved from the original soundtrack and then some. Lena Raine is an award-winning composer and producer, whose work on Celeste was nominated for a BAFTA and won ASCAP’s Video Game Score of the Year. She has been writing videogame scores for 13 years, most notably having worked on Celeste and Guild Wars 2. Beyond games, she released a solo album in early 2019 titled Oneknowing, and provided song and score mixing for Steven Universe: The Movie. Lena is currently working on the score for Chicory: A Colorful Tale and other unannounced projects.